People will have to wait further more to get the glimpse of baby penguin, as it will be brought for exhibition after nearly three months. 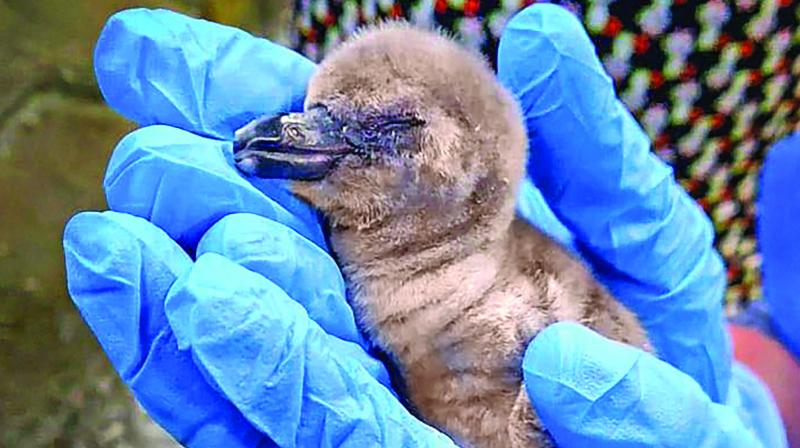 Mumbai: India’s Independence Day also marked the birth of country’s first penguin at Byculla Zoo on Wednesday night. Mumbaikars cheered the incident with great enthusiasm and fervour. As the penguin was born on the Independence Day, zoo authorities are planning to name it on a similar concept.

However, Mumbaikars will have to wait for few days to know whether its a male or female. “The excreta or feather of the penguin will be sent to LeCones Laboratory at Bangalore for the DNA test. It will take nearly a week to determine the gender,” said Dr Sanjay Tripathi, the Byculla Zoo director.

According to zoo officials, the chick hatched out of the egg at 8.02 pm on August 15. It was born to Flipper and Molt, who are the oldest and youngest respectively among the seven penguins at Byculla Zoo. Flipper had laid a single egg on July 5. The incubation period is generally 40 days. After the birth, the zoo authorities had kept the chick under close observation for 12 hours and announced its arrival on Thursday morning.

“The baby penguin, which is greyish in colour, is 3-4 inches long and weighs 75 grams. The chick appeared to be active and its mother Flipper was trying to feed it. However, the black and white strips will be visible only after its full growth,” said Dr Madhumita Kale, head veterinarian and in charge of the penguins.

People will have to wait further more to get the glimpse of baby penguin, as it will be brought for exhibition after nearly three months.

Yuva Sena chief Aditya Thackeray, who was the brain behind bringing penguins to Byculla Zoo, expressed joy over the birth of penguin calling it a ‘freedom baby’. He tweeted, “We have some great news coming in from Rajmata Jijamaya Udyaan (Byculla Zoo)! Our parents have delivered a freedom baby!”. Noted novelist Shobhaa De also tweeted saying “Welcome to Mumbai baby penguin.”