Uproar in House over milk rates

The NCP and Congress held an agitation outside the House over the issue. 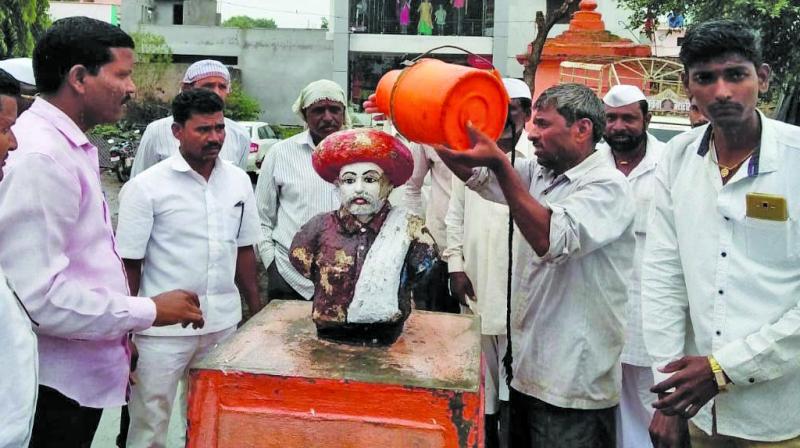 Nagpur: The Opposition slammed the government over the agitation on hike of milk price in both Houses and demanded financial assistance of  Rs 5 per litre to milk and Rs 50 per kg for milk powder.

The NCP and Congress held an agitation outside the House over the issue. CM Devendra Fadnavis said that the government had announced a hike of Rs 3 per litre for milk purchase in a move to give relief to farmers. It is now ready for a dialogue with agitators.

The NCP, Congress and Shiv Sena slammed the government for inaction towards milk farmers in both Houses. Leader of Opposition Radhakris-hna Vikhe-Patil raised the issue through an adjournment motion. He alleged that the government had not implemented the Rs 3 per litre price hike, making the purchase rate Rs 27.

The government had announced a Rs 3 per litre aid for milk purchase and Rs 50 per kg for milk powder, which would not reach farmers. Vikhe-Patil warned the government against using police force against agitators.

Farmers adjourned the proceedings of the Council twice. After the adjournment motion by NCP leader Sunil Tatkare, leader of the opposition Dhananjay Munde reminded minister of state for agriculture Sada Khot about his statements on milk farmers and demanded a hike in purchase rate.