City unaffected due to buffer stock

Suppliers in Mumbai said that the city wasn’t affected thus far as the city had milk stock to last till Tuesday. 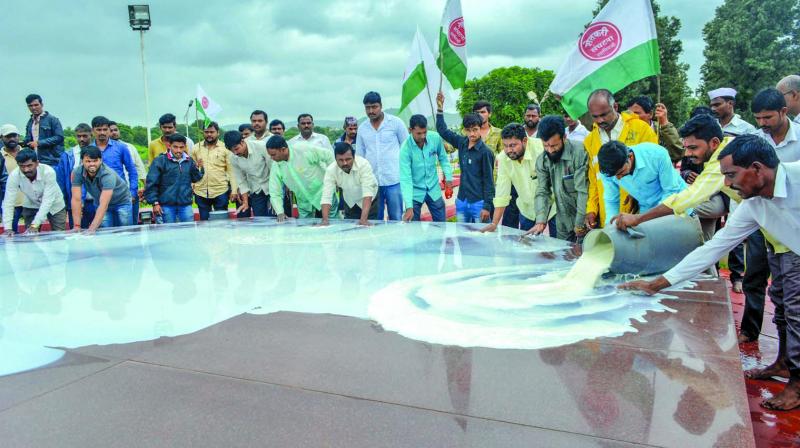 MUMBAI: The Mumbai police has served notice to Dr Ajit Navle of the All India Kisan Sabha, asking him not to organise or participate in any protest supporting the demands put forward by Swabhimani Shetkari Sanghatana (SSS).

Suppliers said that Mumbai wasn’t affected thus far as the city had milk stock to last till Tuesday. Several farmers’ outfits began an agitation Monday to get the state government to hike milk procurement prices by Rs 5 and grant the same amount of subsidy per litre.

Speaking of the impact of SSS’ agitation, Rajeev Jadhav, commissioner of dairy development, said, “Milk supply to the cities was almost normal as dairy farmers in remote villages of the state denied supply of milk when it came down to the collection. However, since we have two days of buffer supply with us, the cities will not face any major problem.”

“Things are expected to normalise in a couple of days as the protest too will die down with dairy farmers feeling the need for money,” said Mr Jadhav.

When The Asian Age visited a few dairy centres in Bandra, Santacruz and Andheri, milk supply was normal as these centres mainly receive milk from companies like Amul and a few local cowsheds.

“We received milk from our milkman on Monday, but to be on the safer side in the wake of these protests, we have stocked our house with milk cartons,” said Ameeta Kothare, a housewife in Vile Parle.

Systems analyst Sameer Lavale, who stays at a bachelor pad with a few other bachelors, too, has stocked up milk cartons so that their supply of cow milk is not stunted.