The housing minister paid a heavy price over his alleged role in the MP Mill compound housing project matter. 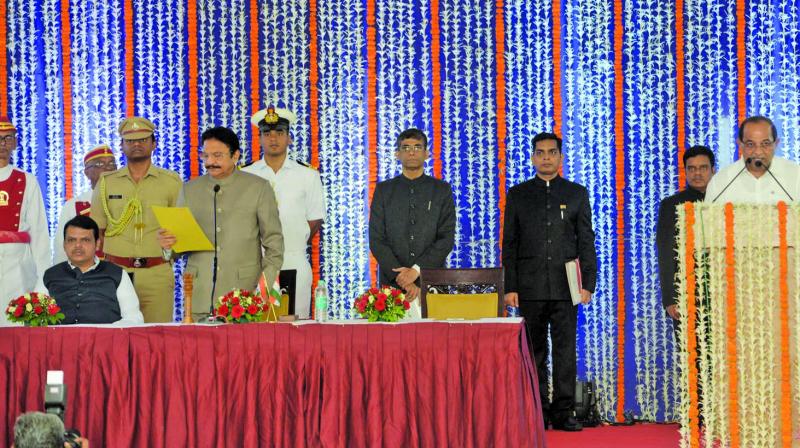 Mumbai: Chief minister Devendra Fadnavis dropped three Cabinet ministers and three ministers of state from his Cabinet on Sunday. While non-performance and corruption allegations were cited as the main reasons for their axing, the chief minister denied it, saying he wanted to give a chance to new people in the Cabinet.

“These ministers were not dropped because of allegations against them. But there was a need to give chance to new faces in the Cabinet. There were also some regional calculations,” said Mr Fadnavis.

However, according to sources, there were several factors behind the dropping of these ministers, the most prominent among them was Mr Mehta.

The housing minister paid a heavy price over his alleged role in the MP Mill compound housing project matter. Mr Mehta was in the eye of a storm facing corruption and violation of norms allegations in the Tardeo project. After it was found that chief minister's name was dragged into the case, the state government ordered the Lokayukta to probe the alleged violations. Mr Mehta’s problems were further compounded after the Lokayukta in his report made remarks saying that the minister's actions were not transparent.

Mr Savara was dropped from the Cabinet for his poor performance in the tribal development department. He also failed to make his impact as the guardian minister of Palghar district, which is predominantly tribal. In addition to this, his failing health also proved to be a major factor in relieving him from the responsibility of a minister.

Pravin Pote Patil was the guardian minister of Amravati. However, the Shiv Sena candidate was defeated from the constituency in the recently held Lok Sabha polls. Owning a moral responsibility of the defeat, Mr Pote Patil had already tendered his resignation to the chief minister.

Despite being the guardian ministers of Gadchiroli and Gondia district, Mr Badole and Mr Atram respectively also had to face the consequences of poor performances in their Assembly segments in the Lok Sabha polls. The BJP got the lowest lead in Mr Atram’s Aheri constituency and Mr Badole’s Arjuni Morgaon assembly seat. In addition to this, there was a lot of discontent about the functioning of both the ministers.

Opposition parties are demanding that an FIR be registered against Mr Mehta. State Congress chief Ashok Chavan said that the axing of ministers was an attempt to cover up the “corruption and the failure of the last four and half years”. “The state government was facing difficulties due to corruption allegations, but the chief minister did not act against them,” he stated.

The Leader of Opposition in the Legislative Council, Dhananjay Munde, claimed that the shunting out of the ministers proved that the allegations against them were correct. However, he said that their removal was not enough since the state government has only a four-month term from here on.