Opposition to take on govt over drought, development

The Leader of Opposition in the Legislative Council accused the Fadnavis government of misleading the people. 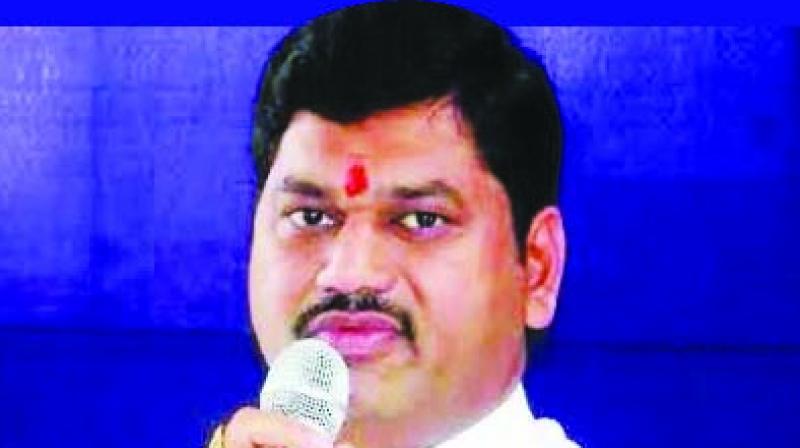 Leader of Opposition in the Legislative Council, Dhananjay Munde

Mumbai: The Congress and Nationalist Congress Party (NCP) are all set to corner to the state government over “lack of development on the ground”, corruption and drought, among other things, in the monsoon session. The Leader of Opposition in the Legislative Council, Dhananjay Munde, said that the government had done only ‘virtual development’. The situation of drought has not been mitigated in the last five years. Opposition parties have boycotted the customary tea party held before the session, which is hosted by the chief minister, as the government “had failed on all fronts in the last five years”.

Congress and the NCP leaders on Sunday tore into the claims by the BJP-Shiv Sena government over development work, while addressing a press conference at Mr Munde's official residence in south Mumbai.

The Leader of Opposition in the Legislative Council accused the Fadnavis government of misleading the people. “The state has been facing a continuous drought situation in the last four years. The state has been witnessing its worst drought since 1972, but the chief minister and Cabinet ministers were not seen anywhere in the state.” He also claimed that while touring drought-affected areas, lack of mitigation measures was observed.

Attacking on the chief minister and Shiv Sena chief Uddhav Thackeray, he said that Mr Fadnavis had reviewed the drought situation in his AC cabin, while Mr Thackeray was touring in foreign countries. Just ahead of the monsoon session, they are talking of drought, he said.

Mr Munde demanded that farmers be paid `25,000 per hectare for sowing and cultivation. "We will demand a complete loan and power bill waiver for farmers during the Assembly session," he stated.

Congress Legislature Party (CLP) leader of Maharashtra Assembly Balasaheb Thorat said that under the garb of the model code of conduct, the government did not mitigate the drought. It had neglected government staff, farmers and deprived classes. He also alleged that the BJP-Shiv Sena government worked for just a handful of people.

He also claimed that there would be no BJP wave in the state Assembly election, unlike the Lok Sabha polls. Mr Thorat has predicted that the defeat of the Fadnavis government in the Assembly polls, which is scheduled for later this year.

Congress leader in state Assembly Vijay Wadettiwar said that only 17 per cent of farmers received crop insurance while this number was 18 per cent in case of the farm loan waiver. Mr Wadettiwar claimed that the farmers were given loans on the interest rate of 12 to 13 per cent.