Ashish Shelar, the Mumbai unit chief, was also included as a Cabinet minister in the Devendra Fadnavis-led state government on Sunday. 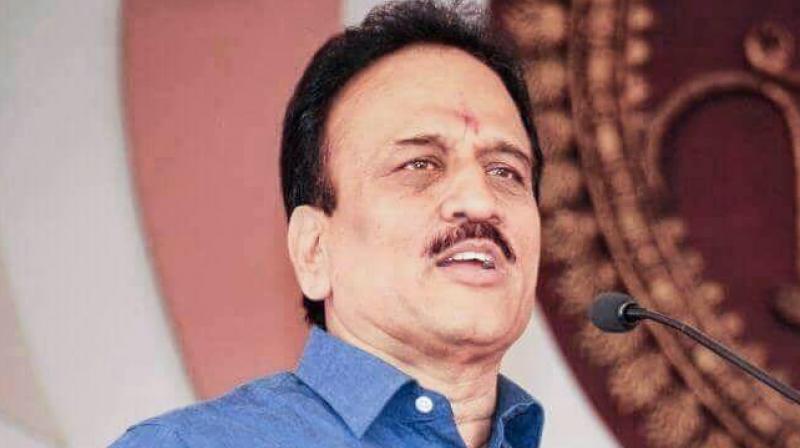 Mumbai: After securing impressive wins in the Lok Sabha polls, the Bharatiya Janata Party (BJP) seems to be caught in a dilemma over the issue of appointing chiefs for the party units of state and Mumbai. Both the posts are of huge importance in an organisation, but the party has still not sorted out the issue.

The present state unit chief, Raosaheb Danve, after winning from the Jalna seat in the recently held Lok Sabha polls, has been inducted as a minister of state in the Union Cabinet of the BJP-led government in New Delhi. Ashish Shelar, the Mumbai unit chief, was also included as a Cabinet minister in the Devendra Fadnavis-led state government on Sunday.

A senior BJP minister said, “The party is in process of appointing the heads of both state and Mumbai units. But it's not an easy task to replace both the leaders. Under Mr Danve and Mr Shelar, the BJP saw phenomenal growth in the state as well as in Mumbai in the last five years. So we have to find the persons, who are capable of filling in their shoes and carrying the momentum forward.”

According to party sources, its policy of 'one man, one post’ will play a major role in determining the successors of Mr Danve and Mr Shelar. As both have become ministers, they will have to relinquish their posts of unit chiefs. However, all eyes are on New Delhi as the party is yet to take a decision on national president Amit Shah.

According to sources, despite being named Union home minister, Mr Shah is likely to remain BJP president till the forthcoming state Assembly polls are over by December 2019. The BJP will likely get a new president by the start of next year. Mr Shah, who helped the party secure massive wins in Lok Sabha polls, is expected to lead the party in crucial states like Maharashtra, Haryana, Jammu and Kashmir and Jharkhand, which will go to the polls in the second half of 2019.

“If it happens, we might see Danve and Shelar also continue with their posts of state and city party units chiefs till the Assembly elections are over. But nothing can be said surely. All depends on the party high command's decision,” said the minister.

For the post of state unit chief, the names of senior leaders like Chandrakant Patil, Subhash Deshmukh and Girish Mahajan are doing the rounds. Mr Patil also indicated that he is willing to accept whatever responsibility the party bestows upon him.

As far as the post of Mumbai unit chief is concerned, the newly elected MP Manoj Kotak has emerged as a frontrunner. Mr Kotak won the Lok Sabha election from Mumbai North-East parliamentary seat with a whopping margin of 2.26 lakh votes. Before that, he was a group leader of BMC party unit in the Brihanmumbai Municipal Corporation (BMC).

Chief minister Devendra Fadnavis said that both the posts of the state as well as Mumbai unit chiefs would be filled up by the party very soon.