Carcass of blue whale to be exhibited at marine centre

Officers from the mangrove cell visited the site again on Friday to work out possibilities of disposing the whale’s carcass. 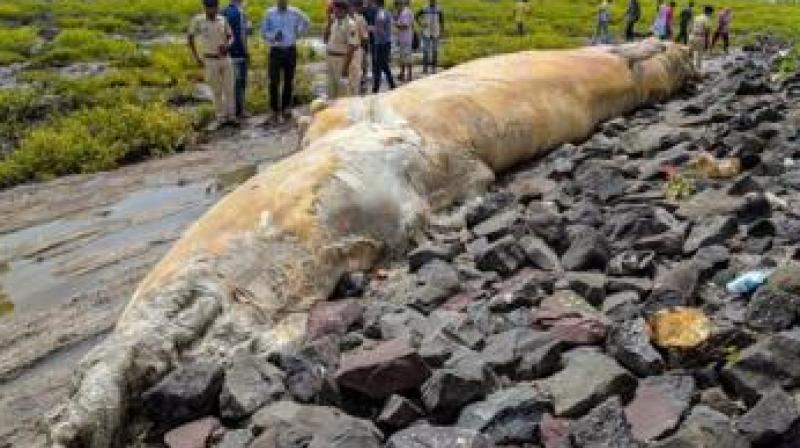 Mumbai: The mangrove cell on Saturday started the process of knifing out flesh from the dead body of the blue whale that washed ashore the Uran coast on Thursday.

The Asian Age had reported that the mangrove cell was mulling over preserving the carcass of the 20 tonne blue whale at the marine interpretation centre at Airoli. Since Uran is a rocky shore, forest officers were facing difficulty in burying the carcass after which it was finally decided to remove the flesh off the mammal.

Officers from the mangrove cell visited the site again on Friday to work out possibilities of disposing the whale’s carcass. On Saturday, around 20 persons from the fishing community from Alibaug gathered to carry out the operation of knifing out the flesh. Makarand Ghodke, assistant conservator of forest, mangrove cell, said, “We have called experienced people from Alibaug to conduct the operation. Most of it was done on Saturday. Now only 10 per cent of the task is pending which will be done by Sunday.”

The mangrove cell will take the skeleton to the marine interpretation centre in the coming days but it will take a few more months to exhibit the skeleton. Mr Ghodke said, “There is still fat and other tissue left on the bones of the whale, which needs to be removed. We are examining how to carry out the process.”