Congress was having great support in Karnataka. But we will have to see whether division of secular votes lead to this result. 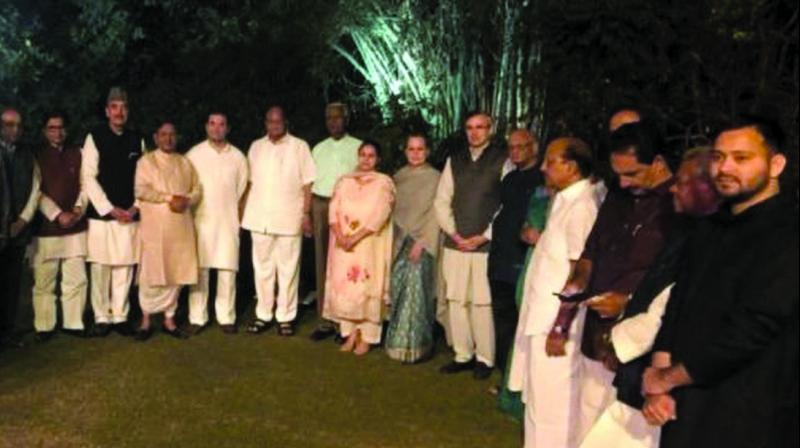 Congress to form an alliance at the earliest.

Mumbai: The Karnataka assembly election results have given smaller parties in Maharashtra an opportunity to mount pressure on the Congress to form an alliance at the earliest. After the results of the Karnataka elections were announced, the Congress has sought an alliance with a smaller party, the Janata Dal (Secular). The Nationalist Congress Party (NCP) leadership has already made it clear that there will be an alliance with the Congress though talks over seat-sharing are yet to begin. Smaller parties like the PWP and Republican leader Jogendra Kawade are now urging the Congress to finalise the alliance details so as to take a lead over the Bharatiya Janata Party (BJP) in planning the upcoming elections.

The NCP state president Jayant Patil indicated the mood after Karnataka election with his tweet. “Congress was having great support in Karnataka. But we will have to see whether division of secular votes lead to this result,” he tweeted. The talks for the alliance between both Congresses are stuck on the national level. While the NCP has submitted its primary proposal to the Congress’s state leadership. But sources say that the Congress leadership is still gauging the mood of the NCP as well as other smaller parties over the seat-sharing formula and so further discussion of the alliance is not taking off.

“To defeat the communal forces it is essential that all like-minded parties need to join hands. There is demand for alliance talks. And this should happen at the earliest,” said Congress’s ally and Republican leader Professor Kawade. He expressed his wish that the ‘bigger parties’, in Maharashtra’s case, the Congress and the NCP, will take note and start preparation.

One of the analysis of the Karnataka elections emphasises that Congress and JD (S) should have joined hands before elections. That could have avoided the damage caused due to division of votes. This analysis paved the way for the formation of pre-poll anti-BJP alliances. This is also influencing Maharashtra politics.