The protesters said they may seek support of the Maharashtra Navnirman Sena (MNS) chief Raj Thackeray. 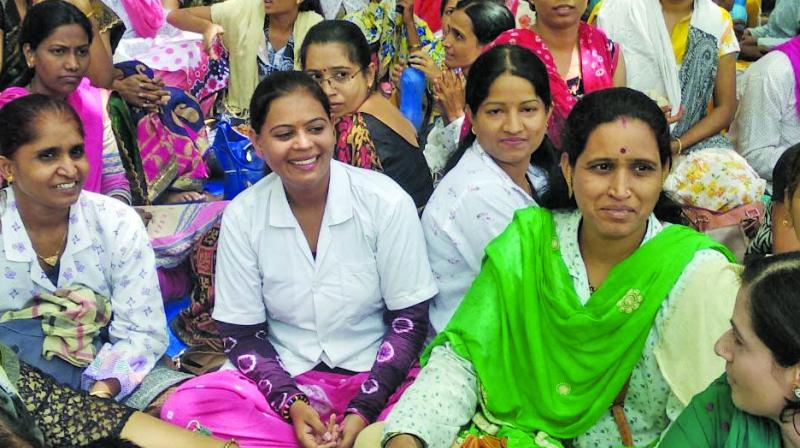 They will hold a march to voice their demands.

Mumbai: Doctors, nurses and staff attached to the National Rural Health Mission (NRHM) have called for an indefinite strike and will begin a march on Wednesday from Nashik to Mumbai, where they would arrive on Friday. In all, 24,000 workers, including doctors are on strike since May 7. The protesters said they may seek support of the Maharashtra Navnirman Sena (MNS) chief Raj Thackeray.

They will hold the march to voice their demands. The protesters have threatened to intensify the strike if their demands are not considered by the government. Their demands include filling up of vacancies, state jobs for workers and permanent jobs for postgraduates providing medical services. The doctor, nurses and the paramedical staff with the NRHM are serving at primary health centres, health posts, rural hospitals, sub-centres in the rural areas and the district hospitals on contract basis. Despite their services, they are not allegedly getting their salaries on time, promotions, insurance, health cover and other government benefits like provident fund, pension, the protesters said.

Talking to The Asian Age, president of the NRHM, Dr Nandkishor Kasar said, “There are 18,000 posts lying vacant under the NRHM . Our demand is, NRHM workers should be posted at the vacant positions in the counter areas for which we are working and ready to serve.” Dr Kasar said, “ All the workers should be taken in the state service permanently. Many postgraduates are also providing medical services under this mission, although they don’t get paid as per their services.”