Accused decided to show his discontent on Nanar refinery project by tweeting. 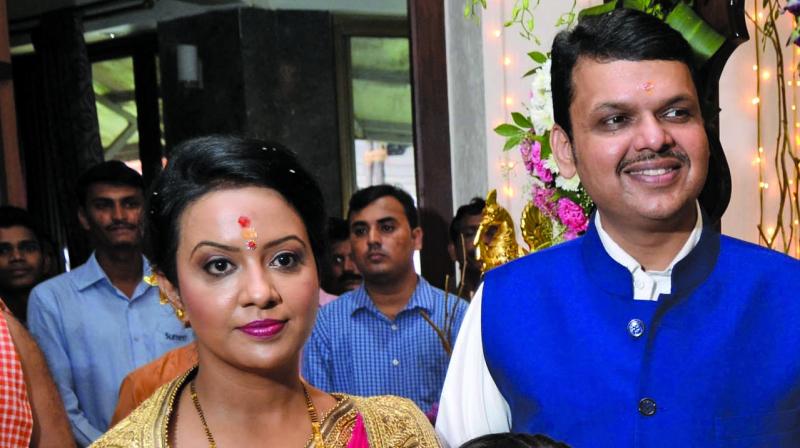 The CM with his wife Amruta, who was also threatened

Mumbai: The Juhu police has arrested a man for issuing death threats to Prime Minister Narendra Modi, chief minister Devendra Fadnavis and his wife over the proposed Nanar green refinery project in Ratnagiri.

The police said that the accused, Aniket Patil, a native of Konkan, issued the threats via his Twitter account on May 7.

The case was registered on Monday, following which, Patil was arrested from Goregaon. The police said that he was opposing the project and hence, issued the threats.

The police said that the investigation began after the case was registered. The police began scanning details of Patil’s Twitter account and then tracked him down with the help of the Internet protocol (IP) address.

Sunil Ghosalkar, senior inspector, Juhu police station, said, “The accused issued death threats via tweets. His identity was verified and he was taken into custody on Wednesday.”

Patil, who works in a private company, was questioned when he admitted to having issued the threats. The police said that he was a native of Konkan and was opposed to the Nanar oil refinery project.

He decided to show his discontent by tweeting. He posted the tweets while he was in his full senses, tagging the concerned persons.

The police recorded Patil’s detailed statement in which he revealed the reason behind his act.

The police has filed a case under relevant sections of the Indian Penal Code and under the Information Technology Act against Patil. He was produced in a local court which remanded him to judicial custody.