City might flood due to metro projects: BMC Mayor 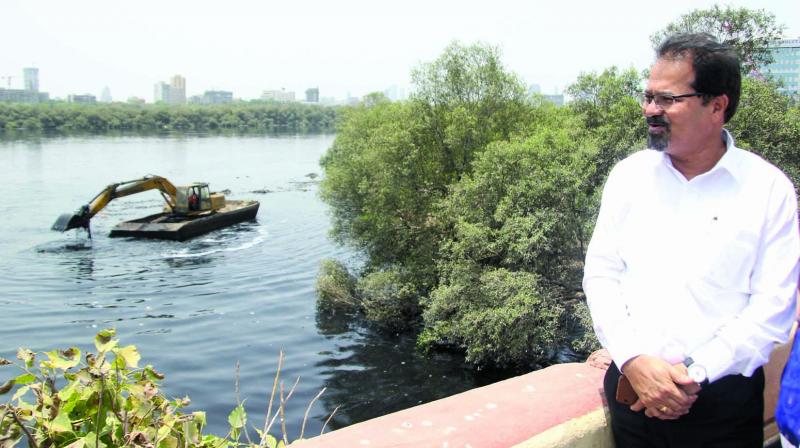 Mumbai: The Brihanmumbai Municipal Corporation (BMC) should not be held responsible for any flooding this year, instead the Metro projects of the state government should be put at blame, said Vishwanath Mahadeshwar, Mumbai's Mayor on Wednesday. He visited various sites in the western suburbs wherein the civic body is conducting its drain works.

Speaking to The Asian Age, Mr Mahadeshwar said, “The MMRDA did not take permissions from the civic body before breaking the Storm Water Drains (SWD) and sewer lines for the metro construction. In many parts of the city where the metro constructions have begun, lines are broken and no repairs have been made. This will lead to water logging in the monsoon.”

He said, “If Mumbai floods, BMC should not be blamed, instead state government should be blamed.”

He further added, “I have asked Pravin Darade, additional metropolitan commissioner of MMRDA to do the needful before monsoon.”

During the visit, Mr Mahadeshwar also admitted that only 50 per cent of the drain cleaning work has been completed by the civic body so far.