The court has also imposed certain conditions on both the accused i.e. they have been asked to surrender their passports. 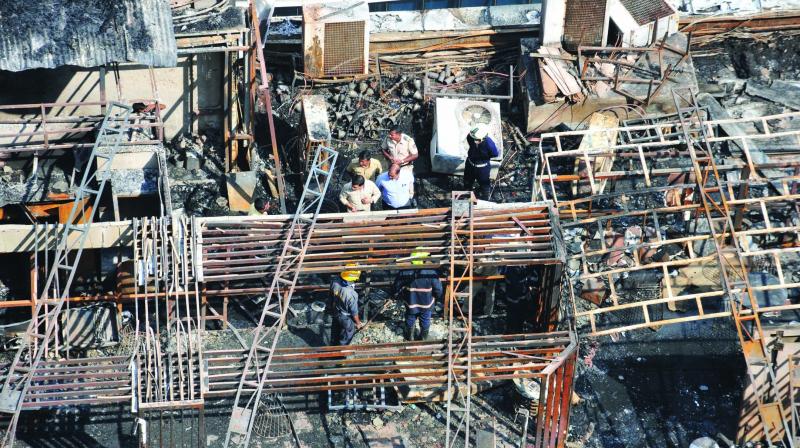 Mumbai: The vacation bench of the Bombay high court on Wednesday granted bail to Ramesh Gowani, owner of Kamla mills and Ravi Bhandari, the director of Kamla mills.

Though, Justice V. L. Achilya has granted bail to both the accused on personal bond of Rs 50,000 each and also directed them to furnish one or two sureties of same amount.

However, their lawyers requested the court to allow the applicants to come out of jail on cash bail and grant them time to arrange for sureity.

Justice Achilya allowed this application and directed them to be released on cash bail of Rs 2 lakh each and granted them four week’s time to arrange for surety of Rs 50,000.

The court has also imposed certain conditions on both the accused i.e. they have been asked to surrender their passports.

The court has also directed them not to leave the country without court’s permission and they should not tamper with the evidence and witnesses.

Pending trial they are directed to attend N M Joshi Marg police station on last day of each month.

Advocates Avinash Gupta and Shyam Dewani had sought bail on the grounds the applicant’s have nothing to do with the incident and the police have arrested them due to pressure.

It was argued that applicant’s are owner and director of the land and have nothing to do with pubs where incident happened.

Though special public prosecutor Prakash Shetty and advocate Lakshmi Raman, on behalf of one of the victim family, opposed the bail pleas the court granted them bail.