Sushilkumar Shinde appeals to voters to elect him one last time

Criticising both contestants, the veteran Congress leader said that Mr Ambedkar had already given up the agenda of Dr Babasaheb Ambedkar. 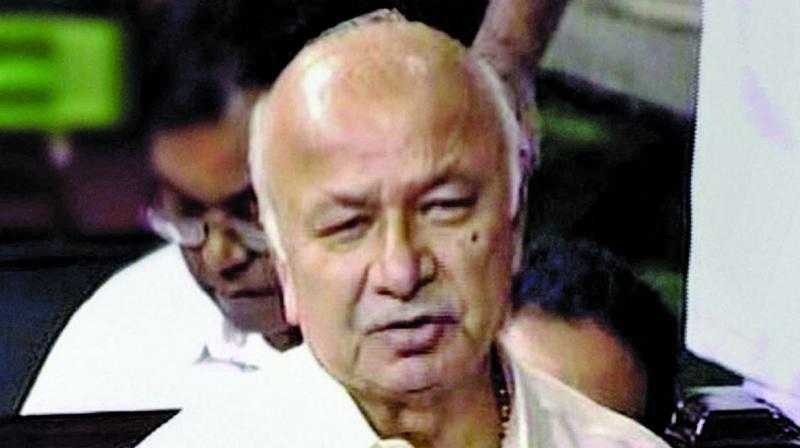 Criticising both contestants, the veteran Congress leader said that Mr Ambedkar had already given up the agenda of Dr Babasaheb Ambedkar.

He accused the BJP saying it did not have any development agenda and had fielded Mr Swami only due to caste reasons.

Slamming the BJP, he said that when the Congress was in power, it instituted the Solapur University and brought water for the Ujani dam. The BJP had failed to bring even a single project in the district.

In Solapur, the main fight will be between Mr Shinde and Mr Swami. However, VBA leader Mr Ambedkar's decision to contest from Solapur has made it an interesting triangular contest.

A few days back, Mr Shinde made a stunning claim that he had received an offer to join the BJP. However, he made it clear that he was a staunch Congressman and would remain with the Congress.  While filing his nomination form, he said, “The BJP tried to woo my daughter with many offers, but she remained unmoved. Similarly, for the Lok Sabha polls, a couple of top BJP leaders invited me to join the BJP, but I firmly refused."  “There is no question of leaving the Congress… My daughter and I have Congress blood in our veins. We will not be swayed by them. We are both committed Congress workers and will continue to remain so till our last breath,” he said.