Maharashtra plans online survey to get layman’s opinion and suggestions on fare. 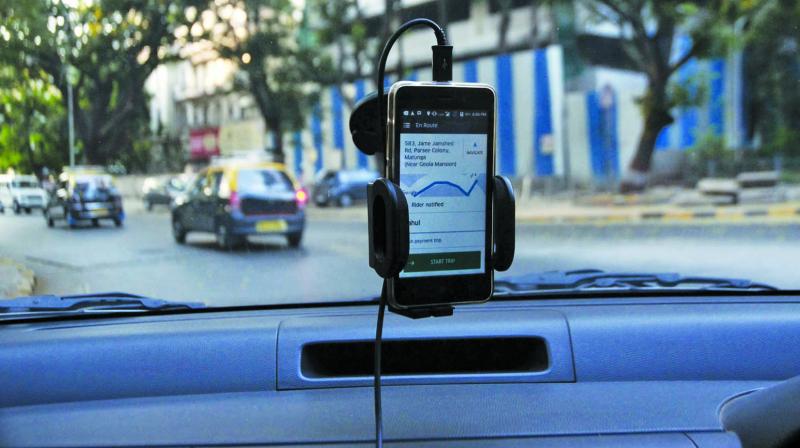 Mumbai: Tired of shelling out different fares to different cab operators? This week, you can tell the RTO what the exact fare should be for Ola and Uber.

State transport officials will upload an online survey and everyone will be able to give their opinion on how much they pay and how much they should be paying to cab aggregators.

The window will be open only for a month; the survey will be wrapped up by the end of April. The suggestions will be taken into account by transport officials to decide the fare table for all.

The move comes at a time when the Maharashtra City Taxi Scheme came out in March and created a huge uproar among aggregator-based services, Ola, Uber and others. The scheme suggests a capping of surge prices, usually charged during peak hours.

Officials said the brainchild behind this was Mr. B.C. Khatua, who is heading the four-member committee that will finalise the fare for aggregators using taxis as well as a comparative fare table for black-and-yellow taxis.

An official said, “Forms will be uploaded from Tuesday. There will be four forms; one for the common man and the other three for drivers.”

He further added, “There is a slight fear that private taxis like Ola and Uber might get people to fill in the forms, saying capping of fares during surge pricing should not have been done. But then again, the common man will outnumber the number of drivers so only time will tell.”

Officials also hope they will be able to gather more information about other important parameters on which there is no information available with the transport office. These include preferred mode of payment, digital payment, fare meters, fare discount and how they would prefer to pay more for AC journey.

The committee will also try to get people’s opinions whether app-based taxis have changed their journey.

Putting the brakes on

Taxi and autorickshaw unions had been demanding that the State Government bring in some kind of control over the fare of aggregator taxis like Uber and Ola.

Only a few days after the City Taxi Scheme was announced, discontent began to spread among drivers, especially of Ola, who said the company had been cutting their earnings on the bases of performance ratings. As of now, tourist permit holders have said that they will come up with their own application do away with unfair cuts.