The accused had called on Mr Azmi’s office’s landline and asked about his whereabouts. 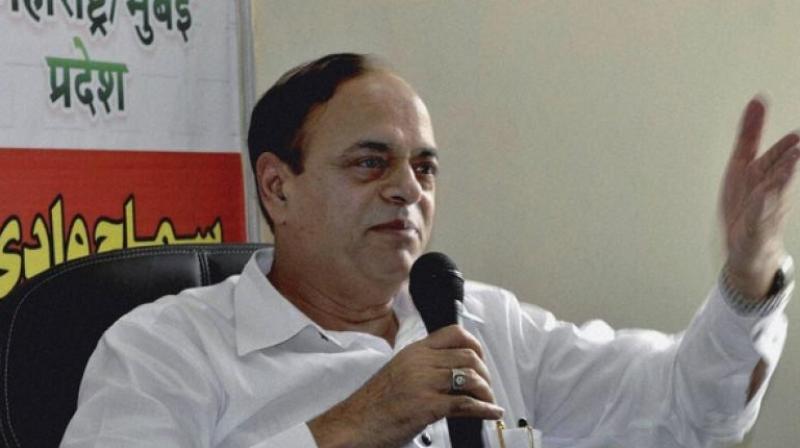 Mumbai: The Colaba police is investigating an alleged threat call made to Samajwadi Party MLA Abu Azmi by an unidentified caller on Saturday night. The accused had called on Mr Azmi’s office’s landline and asked about his whereabouts.

When an office staffer informed the caller that Mr Azmi was not available, the he allegedly said, ‘Tell him, I will bump him off’. The police has registered a non-cognisable complaint against the unidentified caller and is trying to ascertain his identity and the motive behind the threat call.

The call was received by one of the staffers of Mr Azmi at around 8pm on Saturday night. The caller allegedly asked for Mr Azmi’s whereabouts as he wanted to speak to him. However, when the staffer said that Mr Azmi was not in Mumbai, the caller abused him, and after hurling abuses, he
threatened to kill Mr Azmi.

After receiving the call, the staffer approached the Colaba police station and lodged a complaint. The police has recorded the statement of the staffer and is trying to ascertain his identity. The police is also probing if there is an underworld angle to the threat call.

However, the police officer said that the caller did not make any such claims. “We have received a complaint from them and investigation is underway,” said Manojkumar Sharma, deputy commissioner of police (zone I).