Now, cost of Ambedkar memorial rises by 10 per cent

The project, when proposed a decade ago, was pegged at Rs 435 crore and has seen an increase over the years. 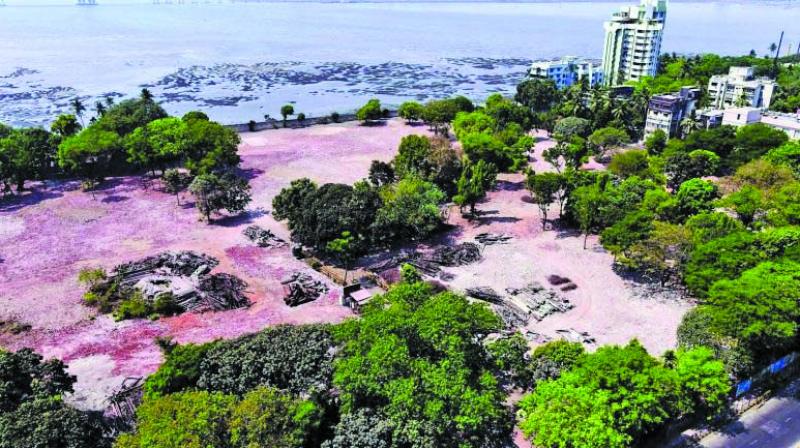 Indu Mill land was transferred to the state on March 25.

Mumbai: While the Mumbai Metropolitan Region Development Authority (MMRDA) on Friday floated global bids for construction of the 350-foot-long Dr Babasaheb Ambedkar Memorial at an estimated cost of Rs 550 crore, which is an escalation of 10 per cent from the previous estimate of Rs 500 crore.

The project, when proposed a decade ago, was pegged at Rs 435 crore and has seen an increase over the years. Activists have attributed the cost escalation of memorials in the state to the state government not preparing any financial feasibility study for the Babasaheb Ambedkar memorial and the Shivaji memorial in the Arabian Sea.

RTI activist Sanjay Shirodkar said, “There will not be any control over the estimated cost of the project because of the crucial financial feasibility studies for both the Shivaji memorial and the Ambedkar memorial.”

The bid floated by MMRDA is on the design, engineering, procurement and construction (DEPC) model with an estimated cost of Rs 550 crore and a construction time of 36 months, which is three years from the date of awarding of the contract.

The Centre through the National Textile Coporation (NTC) transferred the 12-acre Indu Mill land to the state government on March 25.

The MMRDA has already completed demolition of old structures on the land and also allocated a sum of Rs 50 crore for the memorial in its budget for the financial year 2017-18. Architectural firm Shashi Prabhu & Associates have designed the master plan for the project.

However, when The Asian Age contacted  UPS Madan and D Sampathkumar, chief planning, MMRDA, to ask them the reason behind the cost escalation of the project, both were unavailable for comments.

Meanwhile, the MMRDA has planned an auditorium, meditation area and a pond. The auditorium will have a seating capacity of around 800 people while the pond will be a replica of Chavdar Tale, the main tank of Mahad where Dr Ambedkar hosted a satyagraha in 1927. It will also have an assembly hall, museum, library, garden and parking space for visitors.