The focus is to prevent and detect early the three most common cancers among the rural population. 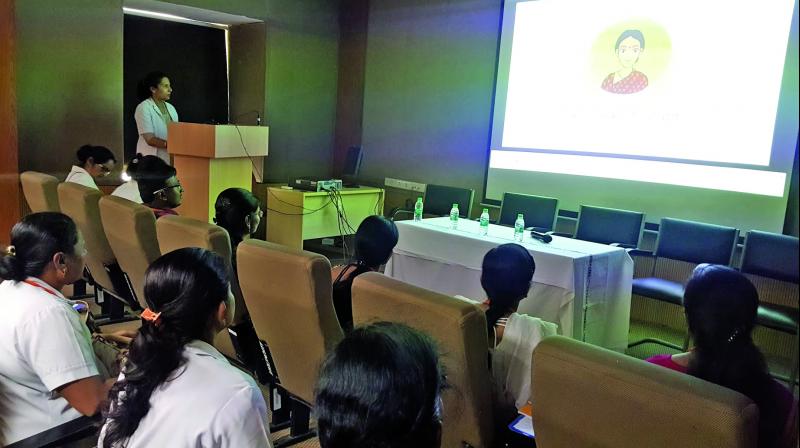 They will create awareness about the disease.

Mumbai: The Tata Memorial Centre (TMC) will train 50 auxiliary mid-level women officers from Pune and Satara in creating awareness about prevention and early detection of cancers. Oral cancer and cancer of the breast and cervix are leading cancers in India but early symptoms are usually ignored, said Dr Sharmila Pimple, professor of preventive oncology of Tata Memorial Hospital (TMH).

The TMC, along with the public health department, Maharashtra State Health Services, has introduced training requirements specific to cancer control, prevention and early detection to equip health professionals and paramedics with sustainable cancer control programmes at the primary care level and to meet the rising demand for such qualified human resour-ces in future. These people will be trained in creating awareness about prevention and early detection of oral cancer and cancers of the breast and cervix. Dr Pimple said, “With this intensive two-week training, the paramedical staff will be able to conduct awareness programmes for the population, identify early signs of cancer, and navigate patients to accessible health facilities for early diagnosis and further treatment.”

The focus is to prevent and detect early the three most common cancers among the rural population. Dr Gauravi Mishra, professor in the department of preventive oncology, said, “We have prepared video-based tutorials on conducting cancer awareness and examinations for early detection of cancer. We have distributed tablets with pre-loaded videos to the trainees and are using technology for health manpower development to train a large paramedical workforce in relatively less time.”

The burden of cancer in low and middle-income countries like India, especially in the rural areas, is large and growing. Under the WHO’s “Global Action Plan for Prevention and Control of Non-communicable Diseases”, governments are encouraged to develop roadmaps to achieve the goal of 25 per cent relative reduction in overall mortality from NCDs including cancers by 2025.

The Tata Memorial Hospital (TMH) plans to start door-to-door screening of patients so as to detect cancer in rural areas. Officials of the state health department said that they will identify symptoms of oral, breast and cervical cancer.

An official said, “We have prepared a checklist to help screen and identify initial symptoms of cancer. These lists will be given to accredited social health activist (ASHA) workers, auxiliary mid-level officers, and health officers. If ASHA workers tick more than four to five points on the checklist, the person concerned will be considered a high risk patient and will be recommended further for treatment.” According to health officials, there are lakhs of people who consume tobacco in rural areas including men and women over 30 years of age who could be at high risk of getting cancer.Dr Gauravi Mishra, consultant, department of preventive oncology, TMH, said, “We will be using visual inspection with acetic acid (VIA) cryotherapy as part of the detection of cervical cancer programme. A 10-day training will be imparted by experts at TMH so that ASHA workers, auxiliary mid-level officers and health officers can understand the protocol to identify patients with cancer symptoms.”

To ensure that each case of cancer is reported, Dr Rajendra Badwe, director, TMC, said, “It is the mandate of our centre to develop manpower for control of cancer. We consider public education an important component of cancer control programmes which can be effective in leading lifestyle changes to change specific risk behaviour and to promote early cancer detection in the community.”