She left no suicide note and the police are trying to establish the motive behind the act. They have registered an accidental death report. 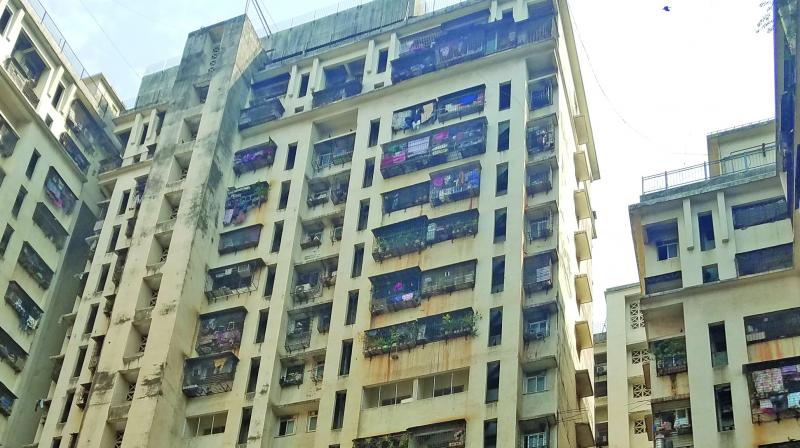 The building where the suicide took place.

Bhutiya, who was married a month-and-a half ago, had attempted suicide two days ago as well from the same spot before her parents prevented her.

She  left no suicide note and the police are trying to establish the motive behind the act. They have registered an accidental death report.

Alerted by a few locals who had spotted the woman attempting to jump off the building on Friday morning, four policemen from the Tardeo police station, which is close to the residential building, arrived on the spot and attempted to stop her from jumping, but were unable to dissuade her, said sources.

According to the sources, Bhutiya was married to Ganesh, who lived on the ninth floor of the same building, near MP Mill Compound of Tardeo. Two days ago, she had attempted to commit suicide but was stopped by her family in the nick of time. However, this time, Bhutiya locked herself inside the bathroom and removed the window glass and jumped off the 14th floor early on in the morning at 4.15 am. She landed on the ground with a loud thud and was soon surrounded by a pool of blood. The police and the locals immediately rushed her to the civic-run Nair Hospital, where she was declared dead before arrival.

According to police sources, primary investigation revealed that Bhutiya was depressed ever since she got married and wanted to end it. An investigating officer, who did not wished to be named said, “We will be investigating the case to find out the actual reason behind her suicide. As per the procedure, we have registered a case of accidental death in her suicide.”