Pokhar and his wife lived with his parents in Virar, but like any other married couple there were a few problems between them. 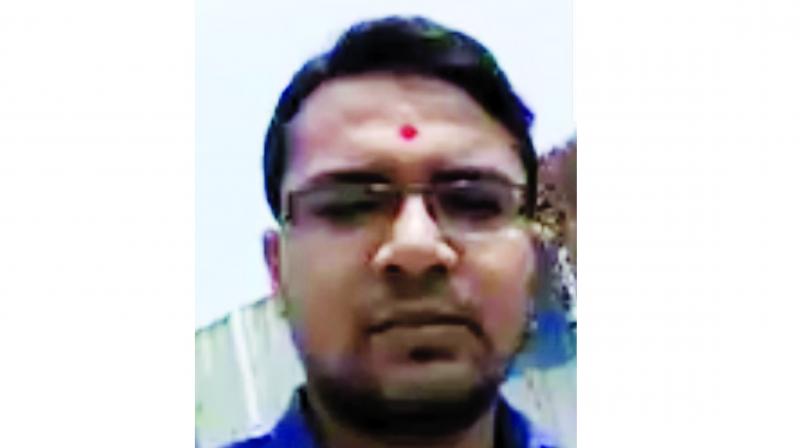 Mumbai: A 25-year-old engineer allegedly committed suicide by jumping in front of a running train near Virar on Friday.

The deceased, Amit Pokhar had shot a video, in which he explains how he was disturbed over his seven-month pregnant wife leaving him over a ‘trivial issue’. The Vasai Government Railway Police (GRP) has registered an accidental death report in the case.

According to sources, Pokhar, who was staying with his parents in Virar’s Global City area, committed suicide by jumping in front of a Churchgate-bound local train. Before committing suicide, Pokhar recorded a four-minute video in which he stated that the reason behind his suicide was his wife’s sudden departure.

Pokhar and his wife lived with his parents in Virar, but like any other married couple there were a few problems between them.  When Pokhar addressed these problems in front of his wife’s parents, she walked out after levelling allegation against him and his parents on March 9.

In the video that the deceased shot on March 14, shortly before committing suicide, he says “I have no interest in living. My wife is the main reason, which has driven me to commit suicide. She and my parents are proof that she was leading a happy life. Everyone tried to make my seven-months pregnant wife rethink the situation, but she was stubborn and left.”

Police Inspector Vilas Chougule of Vasai GRP said, “Pokhar committed suicide on Wednesday afternoon and we have registered an accidental death report. Since nobody from the family came with allegations saying otherwise, we are investigating the matter on our own.  Pokhar had also stated in the video that his pregnant wife’s family too was supporting him in the feud, but she had made up her mind to get out of the marriage. He repeatedly apologised to his friends and family,” he said.