The minister also said that the Centre has made action against the sale of gutka more stringent. 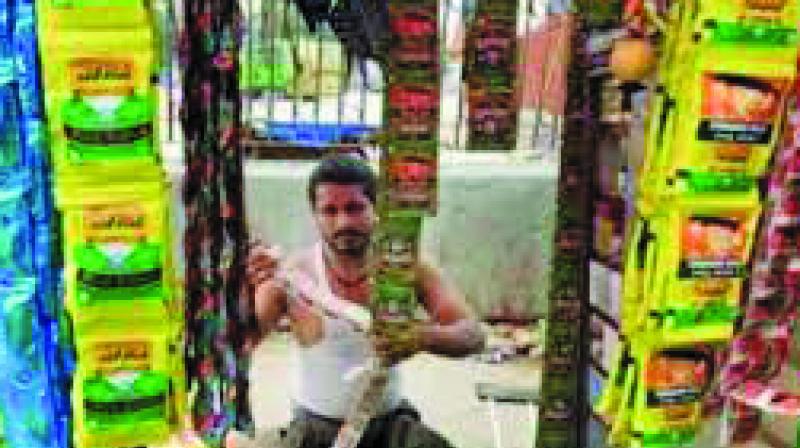 Mumbai: Maharashtra Food and Drug Administration (FDA) minister Girish Bapat said on Friday that the government is ready to take action under the Maharashtra Control of Organised Crime Act (MCOCA) against those who are selling gutka, whose manufacture and sale are banned in the state. Mr Bapat also announced that consumption of flavoured supari and kharra (a mixture of tobacco and supari that highly consumed in Vidarbha) would be treated under the Gutka Act henceforth.

He also said that offences related to gutka are non-bailable and can lead to seven-year jail term. Bharatiya Janata Party (BJP) MLC Girish Vyas raised the issue of sale of gutka in the state. “There is ban on the sale of gutka. But in reality gutka is being sold in every city and every gully. This is a gross violation of the gutka ban. This needs to be fixed strictly,” said Mr Vyas in his question. Mr Bapat agreed, stating, “The state government is aware about it. But the FDA is constantly monitoring the situation. We keep taking action against gutka sellers. The state government is also helping with many public awareness programmes.”

The minister also said that the Centre has made action against the sale of gutka more stringent. “As of now we are taking more efforts to advertise the new law so that sellers are made aware of it,” said Mr Bapat.

To queries by members on the sale of flavoured supari and kharra in the state, Mr Bapat said, “These items will be included in the gutka ban. Kharra chewing is mostly seen in Vidarbha. But this widespread habit needs to be controlled.”

Shiv Sena MLC Anil Parab informed the House that gangs in slums were producing gutka and demanded action against them. Mr Bapat said the state government would not spare any person involved.