Sudhir Mungantiwar said 2025 claims of crop loss due to wild animals have been reported. 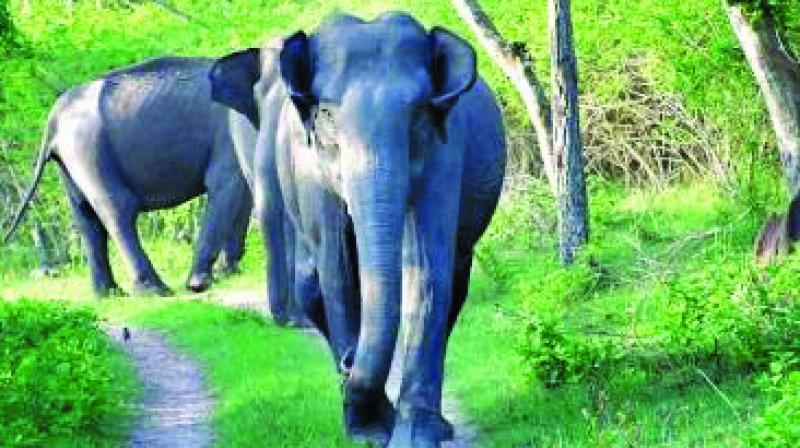 Mumbai: State forest minister Sudhir Mungantiwar on Friday said in the Assembly that assistance of trained persons from Karnataka has been sought to tame wild elephants and train them in obeying orders from handlers. He was addressing a complaint about the menace of wild elephants in Kolhapur district which is causing loss of life and crops.

Mr Mungantiwar said Karnataka authorities have conveyed that they would be able to spare their trained staff only after May or June. “They have said they are busy tackling wild elephants in their areas now and hence we would have to wait till then,” he said.

The minister also announced setting up of a committee comprising of Prakash Abitkar (Sena) and Sandhya Kupekar (NCP) along with Chief Conservator of Forests (CCF)  to suggest recommendations to tackle the wild elephants and Bisons. “We expect the committee to give their recommendations in a month,” he said.

NCP MLA Jayant Patil suggested that the state government should send forest personnel to Karnataka and receive training. The minister replied, “The suggestion would be considered.”

Mr Ambitkar had suggested setting up of a task force to deal with the menace of wild elephants. He said Radhanagari, Bhudargad, Ajara talukas are near the forest area and hence loss of life and crop due to the wild elephants is more.