Investigations revealed that Vakode had been admitted to a hospital in the coastal village of Uttan. 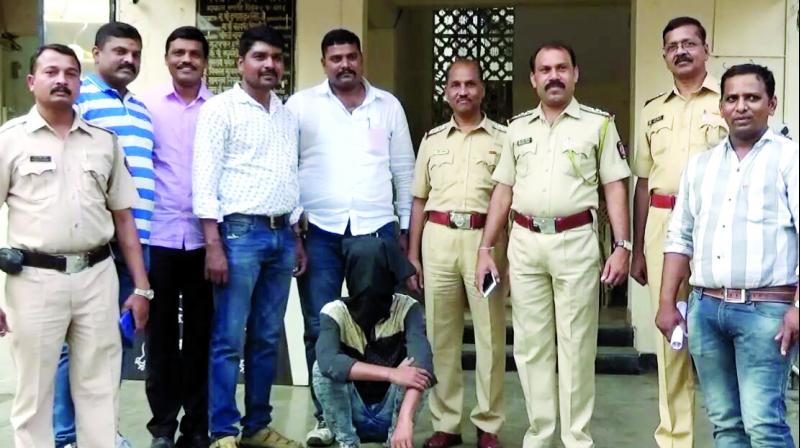 Mumbai: Five days after he sneaked into a flat in Mira Road and allegedly assaulted a 60-year-old woman, a man was apprehended by the police at a de-addiction centre where he had taken refuge, on Friday evening.

According to the police the break-in was reported from the ground floor apartment in Ram Kruba building in the Ramdev Park area of Mira Road on March 10. Chandra Sushant Dasgupta was alone and fast asleep in her bedroom when Shri-kant Vakode (30) alleg-edly broke the iro-n grills and glass panes of the toilet window and entered the apartment.

Ms Dasgupta, who found the burglar trying to break open a cupboard, was repeatedly attacked with a hammer after she tried to raise an alarm and resisted the robbery attempt. Vakode then fled with Rs 1,000. The incident came to light when Dasgupta’s son Surit returned home in the evening and rushed his mother to a hospital in Bhayandar where her condition is now said to be stable. Based on footage captured by CCTVs in and around the vicinity of the building, the police zeroed it on a suspect who was found loitering in the area and later driving away an auto-rickshaw.

“A camera had captured a clear image of the suspect on the basis of which our team fanned the entire area and managed to track his house in Kashinagar. However he was not at home,” said senior police inspector Ram Bhalsingh.

Investigations revealed that Vakode had been admitted to a hospital in the coastal village of Uttan. After checking almost all hospitals in the region, a police team finally nabbed Vakode from a de-addiction and  rehabilitation centre in Uttan.