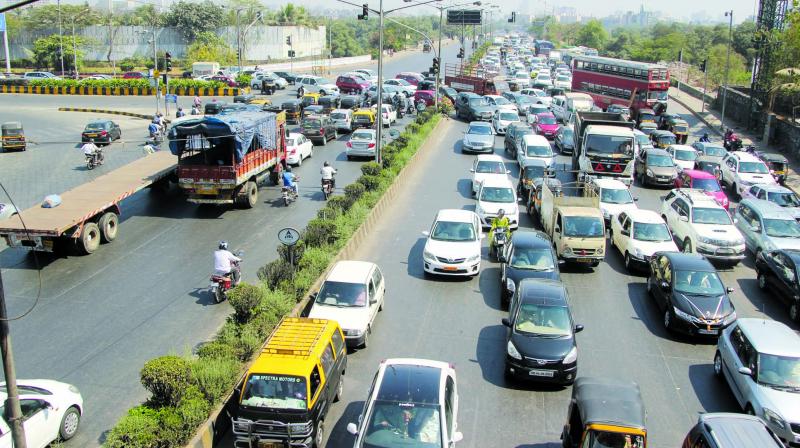 The MMRDA now redrawing the design to tweak the alignment of the flyover and Metro to avoid further engineering challenges.

Mumbai: The Mumbai Metropolitan Region Development Authority (MMRDA)’s plan to decongest Kalanagar junction by constructing a maze of four flyovers connecting Bandra Kurla Complex (BKC) with the Bandra-Worli Sealink (BWSL) and Dharavi has hit a roadblock due to the proposed Metro-2B corridor between DN Nagar and Mankhurd via BKC.

The contractors who were awarded the work in October have not been able to do much on realising that the BKC arm of one of the four flyovers is crisscrossing with the alignment of the proposed Metro corridor. This has resulted in the MMRDA now redrawing the design to tweak the alignment of the flyover and Metro to avoid further engineering challenges.

This would further result in delays for the project. The changes in the alignment would also require reapplying for various administrative approvals.

U.P.S. Madan, metropolitan commissioner, MMRDA, said, “We are currently on board with the contractors redrawing the designs of the both the projects. More or less there is possibility that the ramp of the BKC flyover and the Metro would share a common pier. We will finalise the design soon and the work will take off afterwards.”

Currently, the stretch between Kalanagar and BKC sees motorists moving at crawling pace, resulting in traffic jams during peak hours as traffic merges there from five directions.

A study by MMRDA had revealed that every hour more than 12,000 cars pass via the Kalanagar junction, compelling the MMRDA to plan construction of flyovers to decongest the junction.

The mazes of four flyovers are to be constructed into four phases. In the first phase, there will be two flyovers, one from BKC to BWSL and the other from the sealink to BKC to be constructed in such a way that these would be supported by a stilt road, on government land, that will run from Dharavi towards the sealink. The two other flyovers, one from BKC to the Western Express Highway (WEH) and the other from Dharavi to WEH, will be implemented in the second phase.

The Metro-2 (Dahisar-Charkop-Bandra-Mankhurd) was earlier planned underground, but it was later turned into an elevated corridor. The line was also divided into two parts, namely Dahisar-DN Nagar, DN Nagar-BKC-Mankhurd.