The Sena also said that this attack had put a question mark on national security. 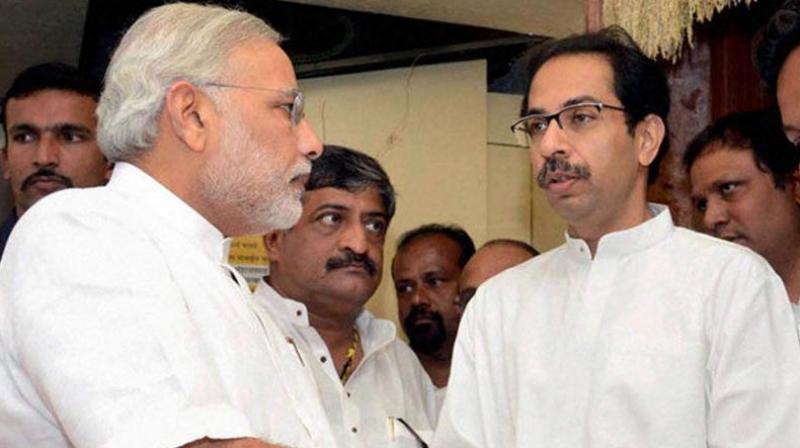 The Shiv Sena has started building political pressure on the BJP by using the Pulwama terror strike.(Photo: File | PTI)

Mumbai: The Shiv Sena has started building political pressure on the BJP by using the Pulwama terror strike. The party has asked the BJP to do a surgical strike on Pakistan instead of the Opposition. The party in its mouthpiece Saamana on Saturday requested Prime Minister Narendra Modi with “folded hands” to stop attacking opposition parties for the next few days and focus instead on how to attack Pakistan.

The Sena also said that this attack had put a question mark on national security. The government and political parties called it a dastardly attack. “How could venturing to the Indian border; attacking defence camps, military bases and armed soliders; and damaging the country be called a dastardly attack?”, the editorial asked.

It said, “This is an attack on overconfidence. The bugle for the Lok Sabha has been sounded. The last session of the parliament has finished. The whole government is extremely busy with allegations and counter allegations.”

Without taking the name of the BJP, the Sena said that all were all extremely busy making efforts to come to power in Delhi by winning the election, which was scheduled in a few days. At this very time, the horrific attack had taken place.

It said that after the attack, the wave of resentment had spread across the different parts of the country. What would happen with this wave? Such a wave represented both rage and political conquest. With this wave, neither the Kashmir issue nor the sacrifices of the soldiers had stopped.

Referring to PM Modi’s statement that sacrifices of the security personnel in the Pulwama terror attack would not go waste, the Sena asked what he was basically doing to do and how would he propose to do it.

“Can we be happy with the entire world condemning this terrorist attack?”, the editorial questioned.