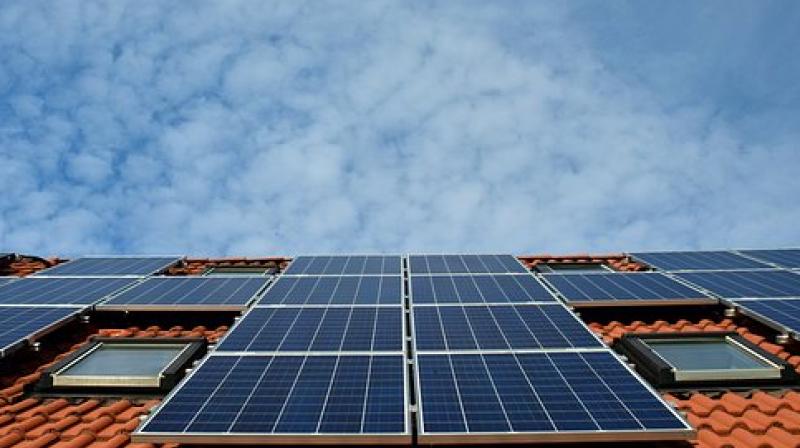 The solar panel system installed at Shivalaya Tower in Thakur complex, Kandivali East, is expected to generate around 49,000 units every year. (Photo: Pixabay)

Mumbai: A Kandivali society is saving its electricity bill by 50 per cent by installing solar panels at the rooftop. Around 108 solar panels have been installed in the society of the capacity of 35 kilowatt.

The solar panel system installed at Shivalaya Tower in Thakur complex, Kandivali East, is expected to generate around 49,000 units every year.

The 25-storey residential society has 97 flats that accounted to an electricity bill of Rs 12 lakh per year.

“Last year we installed LED lights which reduced the bill by Rs 3 lakhs per annum. By installation od solar panel it is expected to further reduce the bill by Rs 6 lakhs per year leading to almost 75 per cent of the bill,” said Sanjay Puria, managing secretary, Shivalaya Tower.

In such case, the lighting facilities of common areas, lifts, parking areas, playground, CCTV cameras, water pumps in the society will work by the solar power generation.

For its contribution to the environment, it could reduce 51.1 tonnes of CO2 emissions every year.

The society has spent Rs. 25 lakhs for the installation provided by Solgen Greentech, however it is expecting to save 1.6 crores over 27 years. It has also installed net metering system that credits solar energy system owners with the balance amount from the grid getting after the energy generation from solar panels. “We are harnessing renewable energy for a sustainable future. It is an initiative towards Green India and Make in India as we used solar panels made in India,” added Mr. Puria.