Phase 2 (Wadala to Jacob Circle) has been in limbo for some time now. 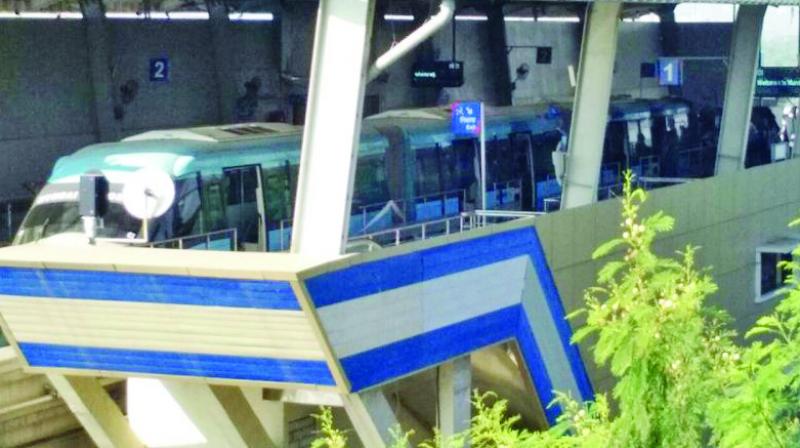 The Chembur-Wadala corridor has been shut since November 8, 2017 after the fire incident.

Mumbai: Authorities have said that Phase 1 of the monorail corridor (Chembur to Wadala) — which has been shut since November 8, 2017 after a fire gutted a coach — might be operational by next month.

Currently, the Mumbai Metropolitan Region Development Authority (MMRDA) has only four rakes, while a minimum of seven are required to commission both phases. Phase 2 (Wadala to Jacob Circle) has been in limbo for some time now.

“We are waiting for the safety certificate from the Commissioner of Railway Safety (CRS), both the corridors are almost ready to use. Also, two additional rakes are expected to come by the end of this month. Thus, we are expecting to start the entire corridor in March,” said a senior MMRDA official. Initially, the authority had directed the contractors to commission the corridor by first week of January. The contractors — Scomi Engineering and Larsen & Toubro — failed to start the service as per the deadline and hence now they have been charged a penalty of Rs 7.5 lakh per day. “The penalty amount will be calculated from January and the total money will be deducted from the final bill,” added the official.

Meanwhile, the MMRDA has re-invited bids for the third time for operation and maintenance of the entire corridor, from Chembur to Jacob Circle. During the second bidding call, only one bidder, Infrastructure Leasing & Financial Services, had come forward to maintain the monorail.