There had been extortion complaints against Prashant Mhatre and he has also allegedly burnt four auto-rickshaws in the past. 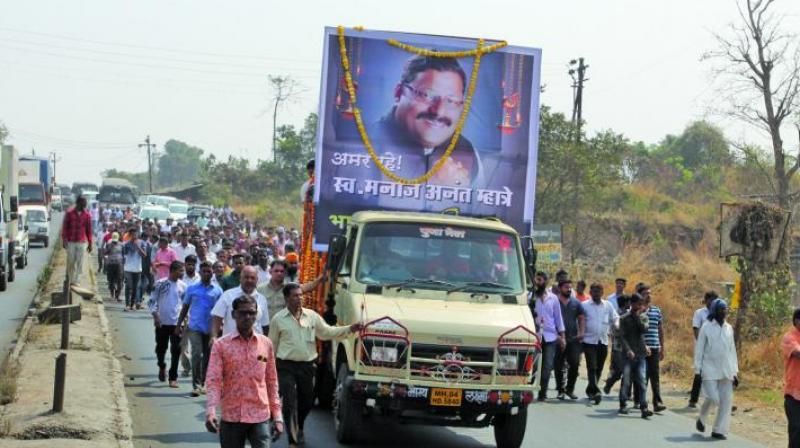 Mumbai: It has emerged that Bhiwandi police had started the process to extradite Prashant Mhatre nearly a month ago but just before it could wrap up, Prashant allegedly led a seven-member team to kill his cousin, Congress corporator Manoj Mhatre, on the night of Tuesday.

A police source confirmed the same and said, “The police department has been gathering records on cases registered against Prashant. There have been extortion complaints against him and he has burnt four auto-rickshaws in the past. Earlier in 2012 as well, he had made a bid on Manoj’s life.”

Bhiwandi police officials said that Prashant — the main accused in corporator Manoj’s murder case — used to harass people in the locality to pay him monthly hafta.

In 2014, he allegedly fired two rounds on activist Dilip Patil’s house as he had a problem with the latter.

A police official said, “Other than Prashant, the six other accused have been identified as Motu Mhatre, Mithun Mhatre, Sujit Mhatre, Ganesh Patil, Mayur Mhatre and Mahesh Mhatre. They always carried illegal guns and weapons to threaten people with. For the past one month, we have been trying to extern Prashant.”

The corporator’s driver in his police statement said, “Motu fired two rounds on Manoj after which Prashant, Mithun and Mahesh started stabbing Manoj. The remaining accused waited outside the building to pick these men up.”

Around 100 residents came out on the street and protested police’s inaction against Prashant despite having all the information on him. Sources said they demanded that the accused be immediately arrested.