Mumbai Fire Brigade nominated 34 fire officers, one each in 24 administrative wards and 10 in reserved ones. 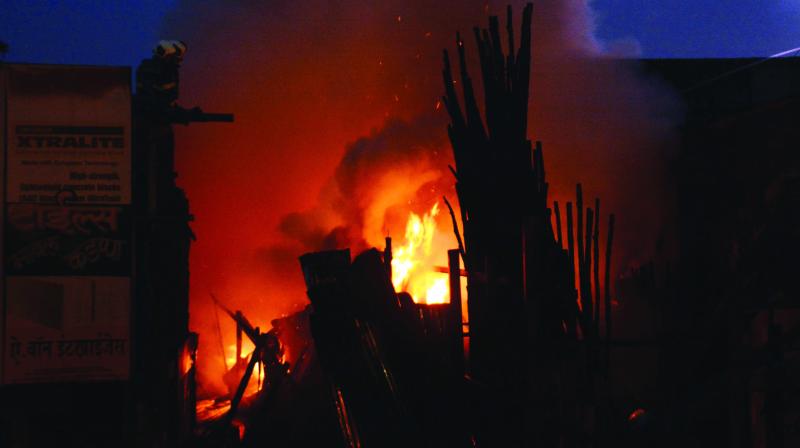 The setting up of the fire compliance cells by the Brihanmumbai Municipal Corporation (BMC) comes in the wake of the ghastly blaze at a pub in the Kamala Mills Compound in December 2017 that killed 14 people. (Representational Image)

Mumbai: The Mumbai civic body has set up 34 cells to monitor fire compliance norms at commercial establishments and other buildings, and act against them if
they violate safety rules, a senior official said on Wednesday.

The setting up of the fire compliance cells by the Brihanmumbai Municipal Corporation (BMC) comes in the wake of the ghastly blaze at a pub in the Kamala Mills Compound in December 2017 that killed 14 people.

"Municipal Commissioner Ajoy Mehta gave the direction for setting up fire compliance cells in the city to prevent incidents of fire at commercial establishments and act against them if they violate safety norms," the civic official said.

Following Mehta's direction, the Mumbai Fire Brigade on Tuesday nominated 34 fire officers, one each in 24 administrative wards and 10 in reserved ones, to ensure fire safety compliance by buildings and establishments, he said.

"After the Kamala Mills Compound incident and a spate of fire mishaps subsequently, the commissioner issued strict orders to ensure compliance with fire safety norms," the official added.

Mumbai fire brigade chief P S Rahangdale said, "So far we did not have dedicated fire officers in our pool. Now these officials, in coordination with local ward officers, will conduct routine inspections and ensure fire safety compliance as per guidelines under the the Maharashtra Fire Prevention and Life Safety Measures Act."

"If any negligence is found in an establishment, the officer will inform the local ward officer and initiate suitable action against it," Rahangdale said.

Meanwhile, the BMC in a statement, said its team conducted inspection of 619 eateries and other establishments in the last two days and sealed three of them for violation of norms.

Besides, illegal constructions were demolished at 49 places and 369 establishments were asked to comply with the fire prevention and safety rules, the BMC said.