The Aaram Restaurant near CST, was charging the rate mentioned on the price tag of the drinking water. 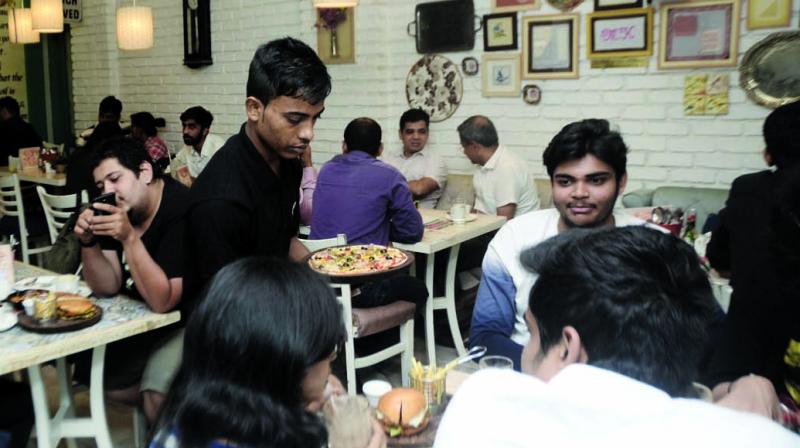 Overcharging for pre-packed or packaged products is an offence under the Legal Metrology Act 2010 and attracts a fine of Rs 25,000 or a jail term.

Mumbai: The Legal Metrology Department (LMD) is studying the implications of the Supreme Court (SC) order, which said that a hotel or a restaurant could charge more than the Maximum Retail Price  (MRP) if they offer any kind of service along with the product sold. Overcharging for pre-packed or packaged products is an offence under the Legal Metrology Act 2010 and attracts a fine of Rs 25,000 or a jail term.

The Asian Age visited several hotels and restaurants in the city and found that most of them charged according to the MRP. The Aaram Restaurant near CST, was charging the rate mentioned on the price tag of the drinking water. Talking to this paper, Sakaram Jadhav, an executive at the hotel said,  “We are unaware of the SC judgement and have been charging the price mentioned on the bottle.”

Shreedhar Murali, the stall owner of Raju Sandwich near Churchgate’s K.C college said, “We don’t charge extra since we heard that there is a fine.” Yedu Kumar, manager of Jai Hind hotel, Masjid Bunder, said, “We are charging what is there and extra for serving, but sometimes we charge, sometimes we don’t.”

Amitabh Gupta, controller of LMD, told this paper, “We are still studying the order and will accordingly file our reply to court. The decision from our side is still pending which we are working on and its matter for the court. Customers should not pay more than the MRP mentioned on packaged goods. It includes all the taxes. We are taking action against those who are over pricing.”