The actor responded well to the treatment and was admitted in the ICU and, later on, was shifted in a ward for two days. 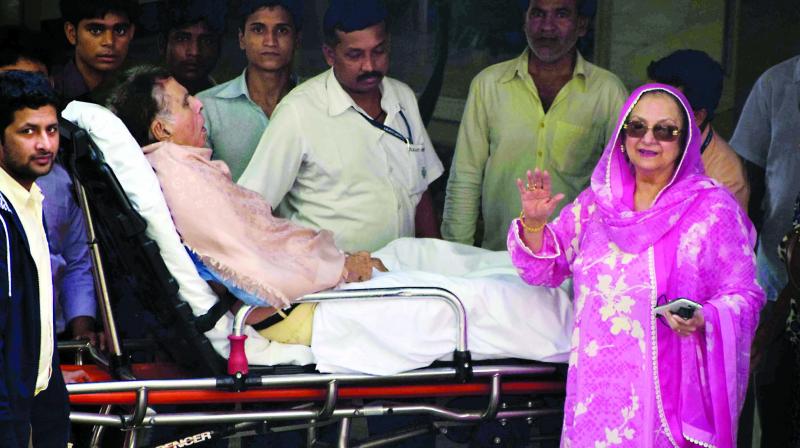 Mumbai: Veteran Bollywood actor Dilip Kumar, who was rushed to the privately run Lilavati Hospital on December 6 due to swelling in his right leg, was discharged on Thursday afternoon, according to the hospital’s CEO, Dr. V Shankaran.

The actor responded well to the treatment and was admitted in the Intensive Care Unit and, later on, was shifted in a ward for two days. “Mr Kumar was discharged from the hospital on Thursday afternoon. He is above 93, so we need to take extra precaution hence we had kept him in ICU for observation,” said Dr Shankaran. He added, “His condition is stable now and he is having proper food.”

The actor tweeted, “A wonderful team of doctors here along with my personal physicians, Dr S. Ghokale, Dr Nitin Ghokale and Dr R. Sharma.” “Feeling much better now. Was admitted to Lilavati Hospital for routine check-up. Your prayers are with me,” added Mr Kumar.

“He is doing much better now. But he will be in, as we want to get his treatment done. The doctors here are taking good care of him,” said Mr Kumar’s wife, Saira Bano.