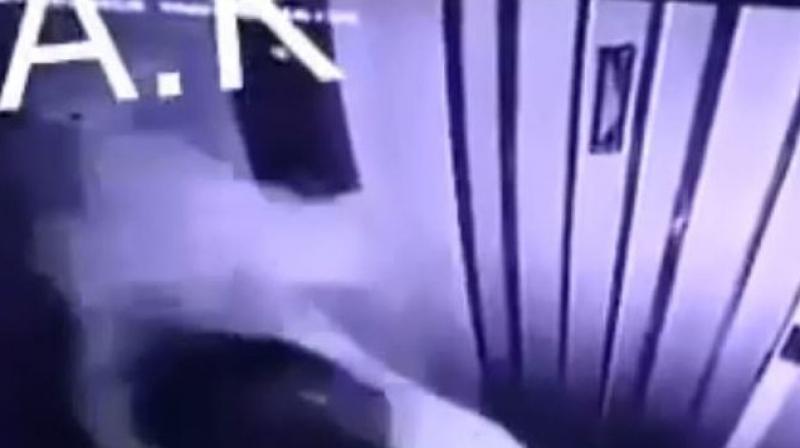 The incident came to light on Wednesday after CCTV footage of the incident was aired by some websites. (Photo: Twitter Screengrab | @PotholeWarriors)

Mumbai: A woman was arrested for allegedly beating up a four-year-old girl brutally and robbing her inside the lift of a residential building in suburban Trombay in Mumbai, police said on Thursday.

The incident came to light on Wednesday after CCTV footage of the incident was aired by some websites.

In the 2-minute-long video, the woman is seen brutally thrashing the girl who is crying in pain.

HORIBLE #crime!
Rizwana Begum the woman in the CCTV footage brutally assaulted a 4-yr-old girl in the lift. She later sat on the girl & prevented people to rescue her too. @MumbaiPolice has arrested her. Hope she’s dealt severely for this inhuman behaviour. @ChemburChapters pic.twitter.com/rpA6NsT31h

Police recovered them from Begum after she was arrested. Further probe is on.