The BJP totally rejected the charges, calling Jadhav’s statement ‘an attempt to be in the limelight. 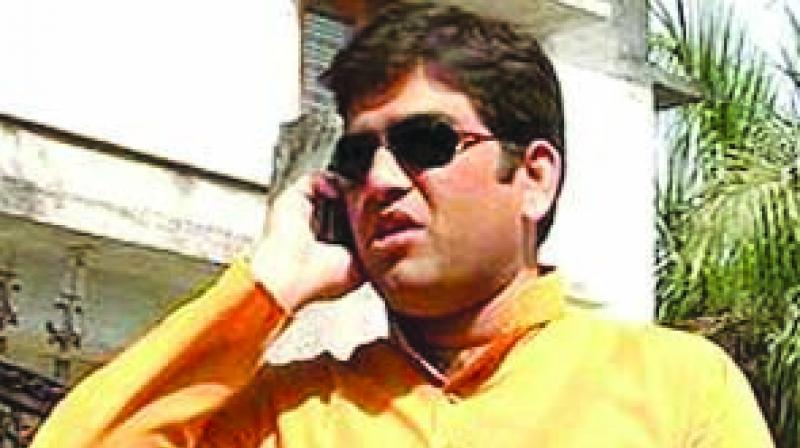 Mumbai: In a shocking claim, Shiv Sena Member of Legislative Assembly (MLA) from Kannad in Aurangabad, Harshwardhan Jadhav alleged that senior Bharatiya Janata Party’s (BJP) leader and revenue minister Chandrakant Patil offered him Rs 5 crore recently for ditching the Sena and joining the BJP. He said similar offers have been made to 25 Shiv Sena MLAs.

The BJP has rejected the charges, calling it Mr Jadhav’s usual tactic to be in the limelight. However, the latest development is likely to worsen the already strained Shiv Sena-BJP relationship. Mr Jadhav told media, “PWD minister Chandrakant Patil offered me Rs 5 crore to join BJP. He also said that if I join the party then they would also look after my expenditure in by-elections. But I refused it completely.”

Mr Jadhav also claimed Mr Patil had tried to explain why he was making the offer. “We are frustrated with Shiv Sena. We want to form BJP’s single-handed government in the state. For that, the party is looking for such MLAs who would join and contest on our ticket,” Mr Jadhav quoted Mr Patil as saying.

The BJP completely rejected the charges. State BJP’s chief spokesperson Madhav Bhandari called Mr Jadhav’s statement ‘an attempt to be in the limelight.’ “BJP is the number one party in the state. We do not need to go this way to make our party strong,” he said.

“We will give tickets to our workers and see that they would win. BJP doesn’t want to poach other leaders when we have strong and dedicated workers across the state,” Mr Bhandari added.

Meanwhile, Sena Member of Parliament (MP) Sanjay Raut sought clarification from the BJP about the allegation. “BJP should clarify why they need to poach others’ MLAs when they claim that the state has a stable government” said Mr Raut. He also said no MLA from his party would join the BJP. “Shiv Sainiks are known for the integrity. And those have ditched that party are today facing an existential crisis in their political career. We are not worried about this attempt to break the Sena,” said Mr Raut.

After Shiv Sena chief Uddhav Thackeray met Nationalist Congress Party (NCP) chief Sharad Pawar recently, talks of political instability in the state government have taken root in state politics. In this backdrop, there is a buzz that Mr Thackeray is exploring the options the Sena would be left with if it were to walk out of the BJP government. Mr Jadhav’s claim is being interpreted in this backdrop. Mr Jadhav is a second-term MLA and earlier he was with the Maharashtra Navnirman Sena from 2009 to 2014.