Maharashtra will be drought-free: Devendra Fadnavis 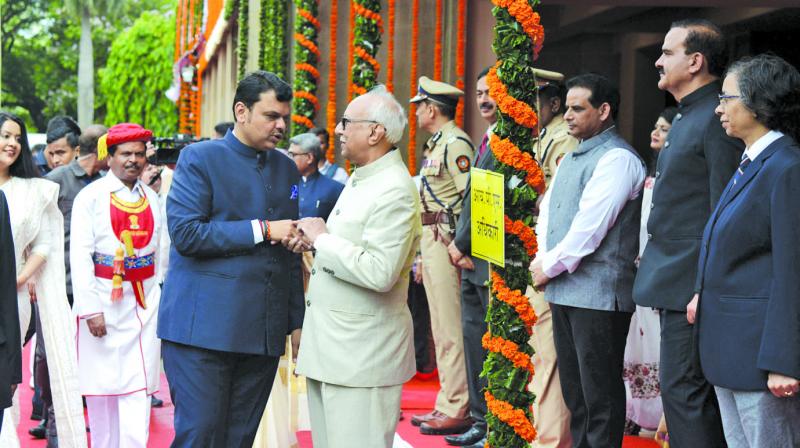 Mumbai: Chief minister Devendra Fadnavis on Thursday said that the government would attempt to make the state completely drought-free by diverting rainwater from the Konkan region to North Maharashtra and Marathwada as well as routing water from the Wainganga river to Vidarbha via a tunnel.

Addressing a gathering after hoisting the tricolour at Mantralaya, he also promised to rehabilitate Western Maharashtra’s flood-affected people in record time and said that the government had drafted a proposal worth `6,800 crore for this purpose. The westerns of parts of the state — especially Kolhapur, Sangli and Satara districts — have been badly affected by heavy rains.

Mr Fadnavis said that the state government tried to ensure proficient conservation of water under its flagship programme Jalyukt Shivar in the last five years. However, owing to deficient rainfall in the last three to four years, the state has experienced drought, he said.

“To tackle the drought, 167 TMC water, which flows to the ocean from the Konkan, will be diverted via the Godavari valley to Marathwada and North Maharashtra to make them drought-free,” the chief minister said.

Also, the state government plans to divert water from the Wainganga, which flows to Telangana and the sea, to the east and west Vidarbha regions via the Wainganga-Nalganga project. A tunnel of 480 km will be constructed for this purpose.

He also said that all incomplete projects in drought-hit regions of Western Maharashtra would be completed expeditiously with the help of the Central government.

The chief minister also claimed that he had tried to bring Maharashtra to the forefront in all fields in past five years. “The state economy is the strongest in the country,” he asserted, adding that 50 per cent of all foreign investment in industry comes to Maharashtra.