Maha citizens can live longer if WHO air pollution norms are followed: report 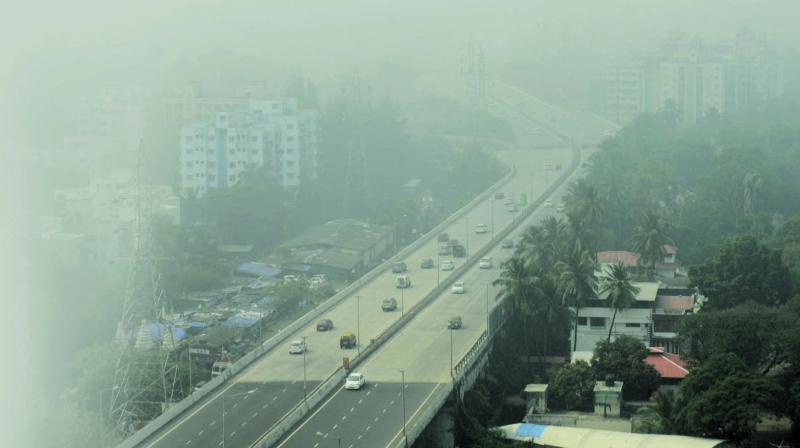 Maharashtra can live up to four years more if the air quality is improved as per the World Health Organisation (WHO).

Mumbai: Citizens in Maharashtra can live up to 3.5 years more if the air quality improves as per the World Health Organisation (WHO) norms, stated a report by researchers of the University of Chicago and Harvard Kennedy School.

The report titled ‘A roadmap towards cleaning India’s air’ stated that Mumbai can increase the life expectancy up to 2.5 years if the PM2.5 levels, pollutant mostly arising from vehicular and industrial emissions are brought down to the WHO’s standard limit of annual average of PM2.5 level at 10 µg/m3.

The report also highlighted that out of 13,200 pollution tests done of industries of Maharashtra, half of them were found to be exceeding the regulatory standard. The pollution tests were done between 2012 and 2018. However Maharashtra Pollution Control Board (MPCB) stated that all the new industries especially the power plants have been given stringent norms for compliance.

“Mostly the heavily polluted industries are in the outskirts of Nagpur and Amravati among others. Moreover, many industries around Navi Mumbai and Thane are changing into cleaner fuels,” said Dr. P. Anbalagan, member secretary, MPCB.

The report has however suggested that star rating programmed initiated by the MPCB in 2017 could help in identifying and thereby curbing the increasing industrial pollution. In this initiative, hundreds of large industrial plants have been rated for the first time on a scale of 1 to 5 star, based on their levels of particulate emissions. 1 indicates non compliance, whereas 5 indicates compliance.

“The potential to earn a 5-star rating provides an incentive for polluters to maintain low emissions,” added Mr. Anbalagan.

Maharashtra can live up to four years more if the air quality is improved as per the World Health Organisation (WHO).

In Maharashtra, another highly industrialized state, the results of over 13,200 regulatory pollution tests spanning the period between September 2012 and February 2018 were digitized in collaboration with the MPCB. Over half of all samples were found to exceed the regulatory standard.