A High Power Committee finalised the qualification criteria for bidders on March 5, 2014. 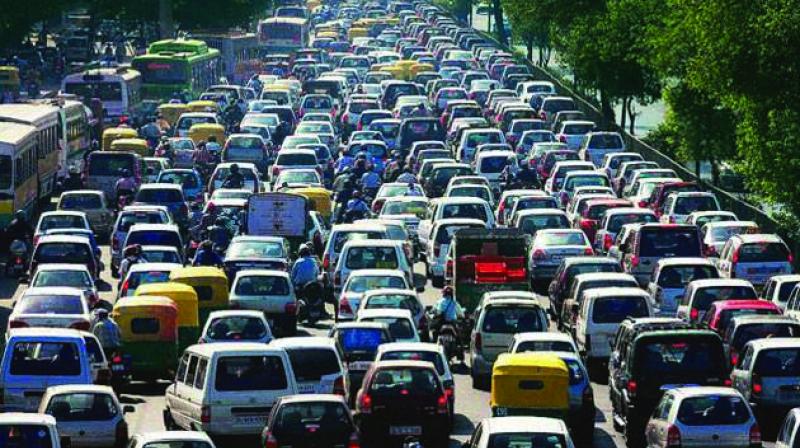 Flouting signal rules will be difficult, as it will identify the vehicle.

Mumbai: The Maharashtra government has failed to implement the High Security Registration Plate (HSRP) in the state despite a 2001 Supreme Court order and despite clarifications/ instructions of the Supreme Court/ministry of road transport and highways, the Comptroller and Auditor General (CAG) has observed.

However, other states such as Madhya Pradesh, Andhra Pradesh/ Telangana, Delhi, Bihar, Goa, Meghalaya etc. have implemented the same successfully, the CAG has said.

The HSRP has a patented chromium hologram, which helps in digital identification of the vehicle in case of theft and other security reasons. It is even used at toll plazas where a vehicle can pass without stopping and the toll gets deducted from the owner’s account. Flouting signal rules will be difficult, as it will identify the vehicle.

The Government of India notified specific standards for the HSRP for motor vehicles and the process used by a manufacturer or vendor for manufacturing or supplying such plates with reference to the amendment in the Central Motor Vehicle Rules, 1989 (Rule 50). This order was effective from September 28, 2001 for newly registered vehicles after this date and in case of already registered vehicles, two years from the date of publication of this order in the official gazette.

“Maharashtra government initiated the process of implementation of HSRP, wherein number plates having a patented chromium hologram and embossed registration numbers would be supplied to the vehicle owners after registration. The GoM issued a tender for manufacture and supply of such license plates to the RTOs in June 2007 for which financial bids were opened in 2008. Records further revealed that the tendering process was cancelled by the State Government as it wanted to add a Radio Frequency Identification Device (RFID) technology in HSRP, which was not agreed to by the Ministry of Road Transport and Highways (MoRTH). The Supreme Court in its judgment dated April 7, 2011, had directed the State to complete the tendering process within a period of six weeks,” the CAG said.

The GoM again floated tenders for implementation of HSRP in July 2013, for which five bidders responded. Out of these, two were found ineligible. The ineligible bidders filed writ a petition against the Government to cancel the tender process. In the meantime, MoRTH published a new Road Safety Bill on November 30, 2014. A High Power Committee finalised the qualification criteria for bidders on March 5, 2014.

The GoM intimated the court that a new criterion was under preparation and fresh bidders will be called. The petition was dismissed. However, no further action has been taken by the Government.