Commuters went on rampage to protest RPF’s ‘lack of patriotism’ at Mulund station. 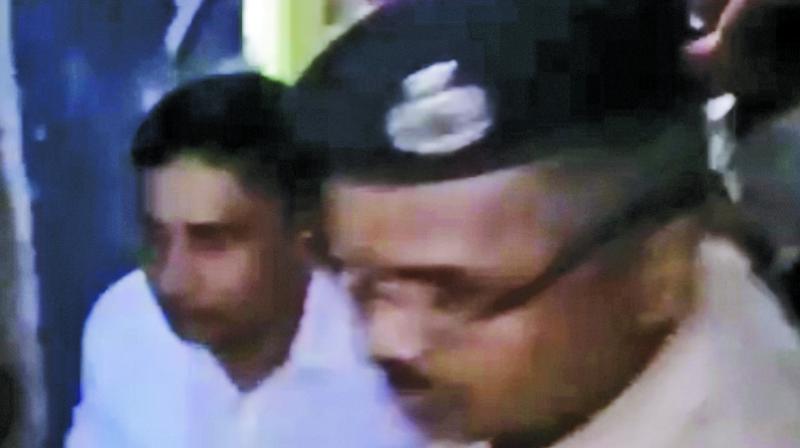 The Mulund city police had to send reinforcements after commuters began chasing RPF official Radheshyam Yadav with the railway police struggling to keep him secure and defuse the tension that had gripped the station at around 9.15 pm on Monday.

Several hawkers selling flags and tricolour badges were blocking the Mulund railway station, causing crowding and a traffic jam outside platform number one.

The RPF, on spotting the illegal activity, reached the spot to vacate the sellers.

In the process, one of the hawkers’ baskets fell down and the badges got scattered on the floor. “There was no ill intention on the part of the personnel and the same is seen on the footage captured by CCTV cameras,” said Sachin Bhalode, senior divisional security commissioner, RPF (Central Railway).

The hawkers, however, ganged up against the RPF personnel and started agitating.

Commuters joined them and soon they started chasing Mr Yadav and other RPF officials. Mr Yadav was rushed to the stationmaster’s cabin and Mulund police was informed of the situation.

City police personnel arrived in mobile patrol units and created a safe passage to vacate Mr Yadav from the station. The irate commuters, meanwhile, jumped on the tracks and tried to prevent trains from reaching their destination.

The situation, however, was brought under control in some time and railway and Mulund police officials were deployed in large numbers on the station till the last train departed.

“The scenario could have lead to a law-and-order situation and hence we rushed to the spot inside the station,” said Sachin Patil, deputy commissioner of police, Zone VII.

The RPF has now begun a preliminary enquiry (PE) into the incident to ascertain the facts. The Kurla Government Railway Police (GRP) has recorded Mr Yadav’s statement and is awaiting the PE report for further action.