The Navi Mumbai police said a case would be filed against the organisers for negligence. 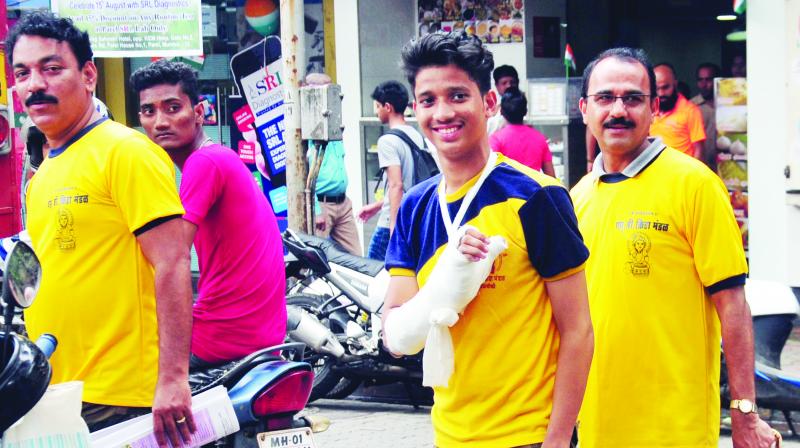 Mumbai: A 30-year-old ‘Govinda’, Jayesh Sarale, was electrocuted after he accidentally touched a loose wire, as his troupe and he were about to return from a Dahi Handi event organised in Airoli on Tuesday by local Shiv Sena leader Vijay Chougule. The Navi Mumbai police said a case would be filed against the organisers for negligence.

Meanwhile, Tuesday’s Dahi Handi celebrations in the city left around 117 Govindas injured, of which, three sustained head injuries and had to be kept under observation. Most casualties were good to go home after receiving basic first-aid treatment. Those who suffered minor injuries and two others were admitted to King Edward Memorial Hospital and Nair Hospital. Doctors said they mostly treated people with minor injuries and contusions while a few sustained fractures due to which they had to be admitted to hospitals.

Dr Avinash Supe, dean, KEM, said, “All patients were treated on outpatient department basis and discharged later. The condition of the patients is stable as they suffered minor contusions. More than 60 patients were discharged after medication.” Bike ambulances were kept on alert to reach out to injured Govindas and start medication on the spot.