The PIL prayed for several directions such as imposition of congestion tax etc. with regard to regulation of vehicles and traffic. 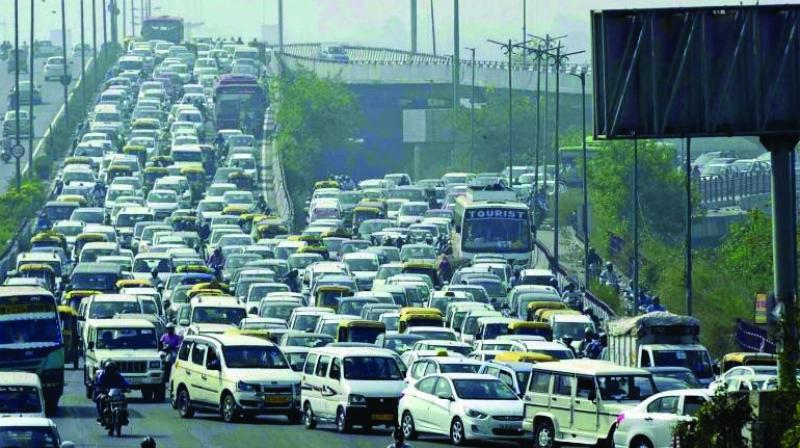 The petitioner contended that due to the high number of vehicles parked, wide roads had become congested.

Mumbai: The Bombay high court Monday said that it does not intend to interfere with the government’s decision in connection with parking and traffic issues. The court said that it will pass a detailed order on the petition later.

A division bench of Chief Justice Pradeep Nandrajog and Justice N.M. Jamdar was hearing a public interest litigation filed in 2014 by NGO, Janhit Manch, through its president, activist Bhagwanji Raiyani, raising various issues related to traffic and parking problems in the city.

The petitioner contended that due to the high number of vehicles parked on either side of the roads, even wide roads had become congested, making it difficult for pedestrians to walk on them. It was demanded in the petition that the authorities regulate the traffic in view of the increasing number of vehicles that were causing a nuisance to the public at large. The PIL prayed for several directions such as imposition of congestion tax etc. with regard to regulation of vehicles and traffic.

In the past while hearing this PIL, another bench of the HC had also asked the authorities to consider if it was feasible to implement the odd-even formula where vehicles having odd and even numbers were allowed on the roads on certain days only.

During hearing Monday, Mr Raiyani told the court that the issue of indiscipline in parking vehicles was there around the high court as well. The bench however said that the court did not intend to interfere with the policy decisions taken by the government and it would pass a detailed order on the petition later.