The high court said that there must be some cacophony in society as people were bound to cheer and shout during cricket matches. 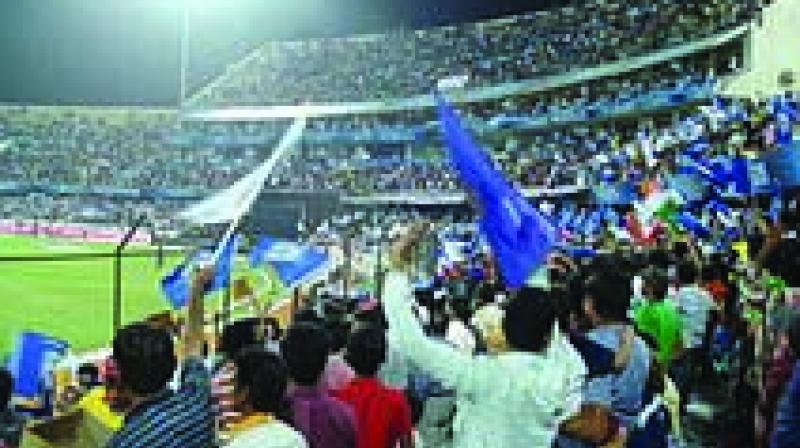 Mumbai: The Bombay high court Monday dismissed a Public Interest Litigation (PIL) claiming violation of noise pollution norms during Indian Premier League (IPL) matches. The high court said that there must be some cacophony in society as people were bound to cheer and shout during cricket matches.

A division bench of Chief Justice Pradeep Nandrajog and Justice N.M. Jamdar was hearing the PIL filed by Kapil Soni, a lawyer by profession, seeking legal action against the Board of Control for Cricket in India (BCCI) and the Maharashtra Cricket Association (MCA) and requesting the court to levy a heavy penalty on them.

In his petition filed in 2014, Soni alleged that during the IPL matches held in 2013 at Mumbai’s Wankhede Stadium and Pune’s Subrata Roy Sahara Stadium, noise pollution norms and regulations were violated.

He contended that during the 2013 Indian Premier League (IPL), the matches held in Pune and Mumbai began at 8pm and went on till midnight, including the prize distribution ceremony. According to him, loudspeakers were used to play music during the matches and even after the prescribed deadline of 10 pm, thus violated provisions of the Noise Pollution (Regulation and Control) Act.

However, during hearing on this petition Monday, the bench said that during cricket matches, when a player hit a boundary or a sixer or when a wicket was taken, people were bound to cheer and shout. Chief Justice Nandrajog further said, “Let the society have some fun and enjoyment... let there be some cacophony in it. Let people enjoy.”

Taking note of the fact that the petitioner stayed at Dahisar, which is around 40km away from Wankhede Stadium in south Mumbai, the bench asked how the petitioner was affected by something that was happening so far away. “None of those people who stay in the vicinity of the stadium have complained,” observed the bench.

Tags: bombay high court, board of control for cricket in india