According to the commission, though the adherence of safety norms comes under the jurisdiction of the transport department. 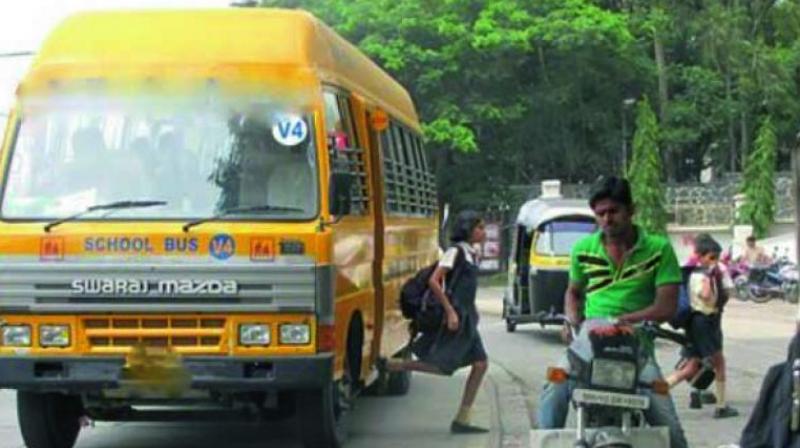 Mumbai: The State Child Rights Commission has said that it would be taking suo moto action and initiating surveys to ascertain whether children being ferried in school buses and vans are safe and secure.

According to the commission, though the adherence of safety norms comes under the jurisdiction of the transport department, the issue of child safety is of paramount importance and comes under the purview of the commission, hence it would soon be doing random checks and preparing a report to be submitted to the Women and Child Welfare Department.

“The Supreme Court and the government have enumerated a list of guidelines to be followed by school bus operators. Despite that, there have been instances of accidents wherein children have been injured or killed. In light of this, we plan to make random checks to ensure that the children are not inconvenienced and find out the grouses of parents,” said Pravin Ghuge, chairman of the commission.

The recent instances of a van overturning at Kandivali and children travelling in it getting injured and another instance of a school bus being rammed at Santa Cruz has prompted the commission to check on whether the instances of children getting affected physically and psychologically can be avoided.

“The commission will not only be looking at the physical well-being of students travelling in school buses in the city but also in other parts of the state but also the other modes of transport that are employed to ferry them to and from school. We will be embarking upon this survey soon,” said Mr Ghuge.