Stress is common among drivers who are on duty during peak hours. 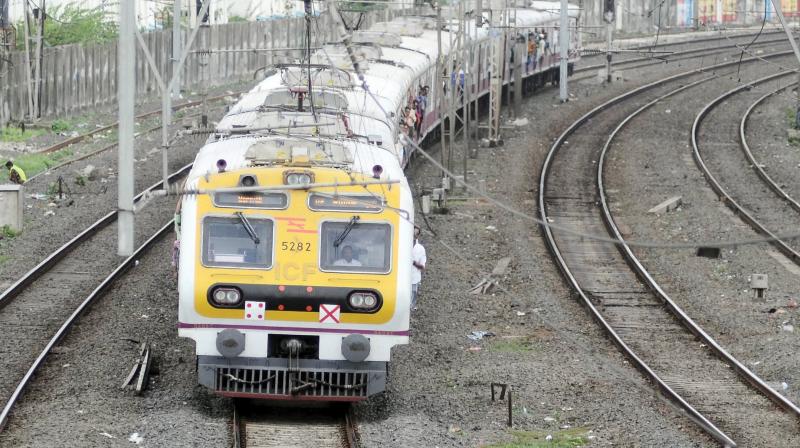 Seven instances of breaking either a yellow or a red signal have been noted on the Western line. (Photo: Shripad Naik)

Mumbai: Western Railway (WR) officials are a little worried that stress levels among motormen have increased after it has come to light that motormen have broken either a yellow or red signal seven times in the months of June and July. The reason for this stress is found to be driving trains during peak-hours with commuters flouting norms and trespassing.

A combination of running the trains every four-minutes during peak hours and indiscriminate trespassing on the railway track are one of the key reasons to the stress, said sources.

An official said, “One of the major issues is that the motorman running the train during peak hours has to keep a watch on the signals as well keep an eye on the people who try to cross the railway line thinking that they can make it to the other side in time before the train passes.”

The WR also held a special meeting last week to find a solution for the issue brought about a few suggestions like increasing the psychological evaluation and resting spaces for the motormen on duty.

“Currently, one motorman lobby is located at Churchgate and one is located in Borivali. But a lot of motormen still prefer to come to Churchgate to rest, probably because of being habituated to it. But, this habit is causing them a lot of problem since they are making an unnecessary trip to Churchgate for catching up on some sleep.”

In a recent incident on July 10, a motorman broke a yellow signal near the Jogeshwari station, which caused the train to be held up for 10 minutes and the other motorman had to be alerted to wait until the train was cleared from the line.

Such incidents of breaking a yellow or a red signal are called Signal Passing At Danger (SPAD) in the railway lingo and in extreme cases can lead to collision with another train coming in from the opposite direction.