The lake, which is situated near Khardi village on Vaitarana river, supplies 550 million litres (ml) water to the city daily. 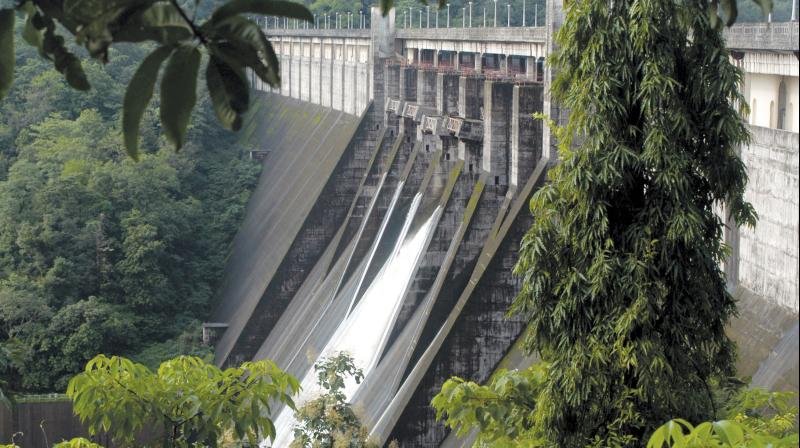 Mumbai: Due to heavy rainfall in the neighbouring Thane district, the Modak Sagar lake in Shahapur taluka started overflowing on Saturday. Out of seven lakes supplying water to Mumbai, it is the first lake to cross the overflow mark this monsoon.

According to BMC hydraulic department officials, Modak Sagar, which is one of the major sources of water supply to the city, crossed the overflow mark on Saturday at 6.32 am. Last year, the lake had started overflowing on August 1.

The lake, which is situated near Khardi village on Vaitarana river, supplies 550 million litres (ml) water to the city daily. The overflow mark of this lake is 163.15 metres.

Along with Modak Sagar, Upper Vaitarana, Tansa, Middle Vaitarana, Bhatsa, Vihar and Tulsi are the seven lakes that supply water to Mumbai. The catchments areas of all these lakes are receiving good rainfall, said civic officials.

“Modak Sagar and Tansa are two lakes that have small catchments areas, which always fill up by the end of July; whereas bigger lakes like Bhatsa and Upper Vaitarana takes a little longer to overflow due to their large catchments areas,” said a senior official from the civic hydraulic department.

Tulsi and Tansa are also on the verge of reaching the overflow mark. While the full supply level of Tulsi dam is 139.17 metres, it has reached up to 135.88 metres. The Tansa lake has reached 127.16 metres against its overflow mark of 128.63 metres. “We have adequate water stocks by this time. With good rainfall in catchments areas, we hope that other lakes too fill up fast,” said chief hydraulic engineer A.K. Tawadia. According to civic officials, heavy rains in lake catchments areas took the total water stock to 8,99,388 million litres. The city needs nearly 14.5 lakh ml of water to last for the entire year.