The police is sifting through his bank details to gather strong evidence against him. 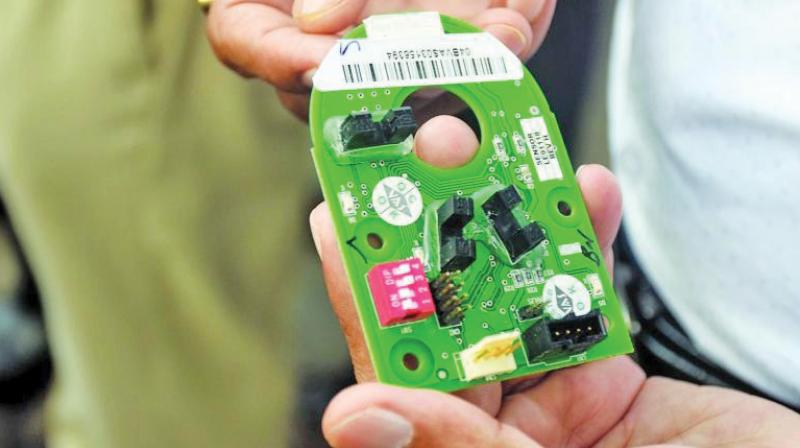 Cheat chips were being used to manipulate fuel quantity at petrol pumps.

Mumbai: The Thane police, which earlier arrested the alleged mastermind of the petrol pump scam, Prashant Nulkar, has found out during investigation that he charged a whopping Rs 50 to Rs 80 lakh per chip from customers abroad.

Additionally, he used to get monthly payments from all petrol pumps to which he sold cheat chips. What’s more, Nulkar has done 45 international trips including to Europe, USA and other countries; owns five luxury cars and four bungalows; and owned a petrol pump that wassealed after his arrest.

The police is sifting through his bank details to gather strong evidence against him.

Thane police arrested Nulkar, a software engineer and former employee of an oil company who misused his experience to make and sell thousands of cheat chips, who is said to be the brain behind the petrol pump scam. It has emerged that he even sold these chips to countries such as Saudi Arabia, Dubai, Abu Dhabi and China.

The investigating officer said, “Nulkar used to sell chips abroad for lakhs of rupees. Also, he used to get a monthly payment Rs 3,000 from all petrol pumps to which he sold the chips. He himself owned three petrol pumps in Karnataka. We have sealed his petrol pumps too. He has five luxury cars and four properties on his name.”

He added, “Nulkar was working with MIDCO since 2006 which manufactured petrol pump software and carried out installation of machines.”