The ward office, which began the demolition on Monday from Garib Nagar, started demolishing illegal structures in Behrampada on Friday. 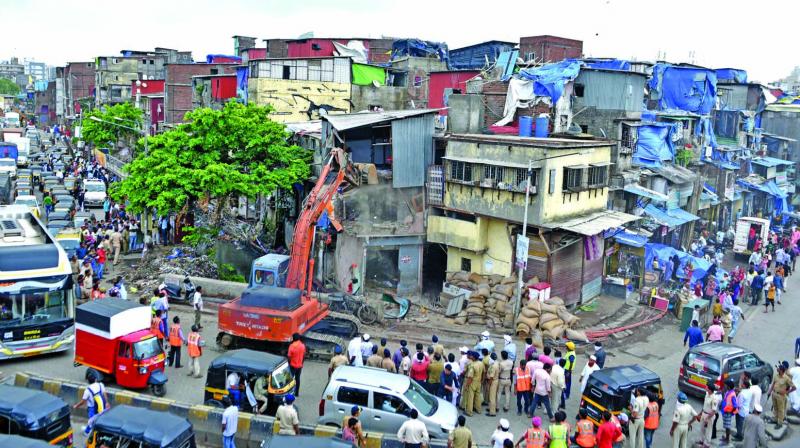 Mumbai: The crucial areas of Bandra East, Juhu and S.V. Road will get relief from flooding this monsoon as the Brihanmumbai Municipal Corporation (BMC) has finally demolished the encroachments over the major storm water drain (SWD) in Bandra.

The H/East ward office demolished over 178 structures — all of them residential. On Saturday, 96 hutments of Behrampada slum were demolished outside Bandra railway station. The families have been given alternate accommodation at Malad and Mahul but many refused  to shift.

The ward office, which began the demolition on Monday from Garib Nagar, started demolishing illegal structures in Behrampada on Friday. Simultaneously, the SWD department has started the work of widening the channel. The widening of the Chamdawadi nulla (the major drain in Bandra east) was pending since years after the slum dwellers approached the court.

The court recently gave the judgment in favour of the civic body and the ward office immediately started the demolition drive.

“For Saturday’s demolition at Behrampada, which is considered a vulnerable area, the demolition was carried by over 300 municipal staff. At least 350 policemen were present for providing security. The police supported us tactfully. We could successfully carry out the demolition without any attack”, said assistant municipal commissioner Ashok Khairnar.