According to residents, the silt has been lying around for several days now. 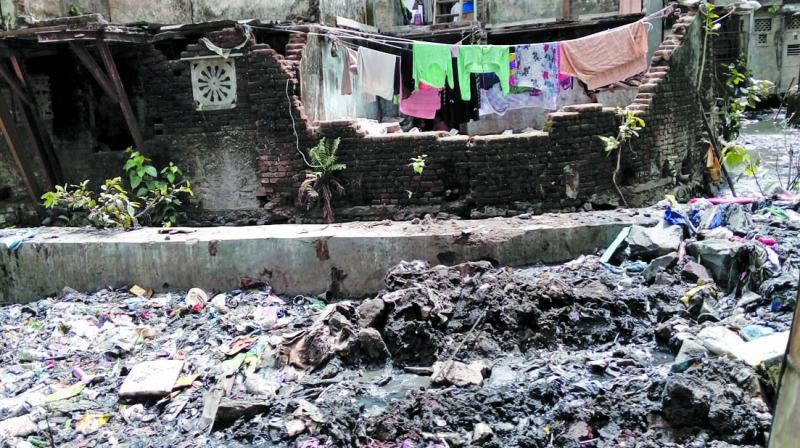 Heaps of silt removed from nullahs is seen lying on the roads in both Bandra east and west.

Mumbai: While the Brihanmumbai Municipal Corporation (BMC) claims that it has completed de-silting work before the monsoon, the silt removed from the nullahs and drains is still lying on the roads at some places in the city. For example, when you head towards Raheja College in Khernagar, Bandra east, you can see heaps of silt lying near the nullah.

According to residents, the silt has been lying around for several days now. They have alleged that the stink and pollution emanating from it is likely to cause health hazards during the monsoon.

Resident Shadab Ahmed said, “It is causing a lot of inconvenience to us. The foul smell has made it nearly impossible for people to pass by this road. There is also the possibility of diseases spreading. What is the use of de-silting nullahs if the silt is left lying there even after the monsoon has started? It will only flow back into the drains and clog them again,” he said.

It’s a similar situation near the nullah at Bandra Reclamation with resident Sadiq Ansari saying, “The silt was there for more than 15 days and it was removed just a couple of days ago. But till it was removed, living had become a hell.”

This year, the BMC storm water drains (SWD) department started de-silting as early as April 1 and claimed to have completed the works by May 31. The civic body appointed 48 contractors to de-silt all big and small drains in the eastern and western suburbs as well as the island city. Nearly Rs 100 crore was set aside for the work.

Mr V. Khandkar, chief engineer of SWD department, remained unavailable for comment despite repeated attempts to get in touch with him.