At the end of these exams, a certificate is issued to students with a grade according to their performance. 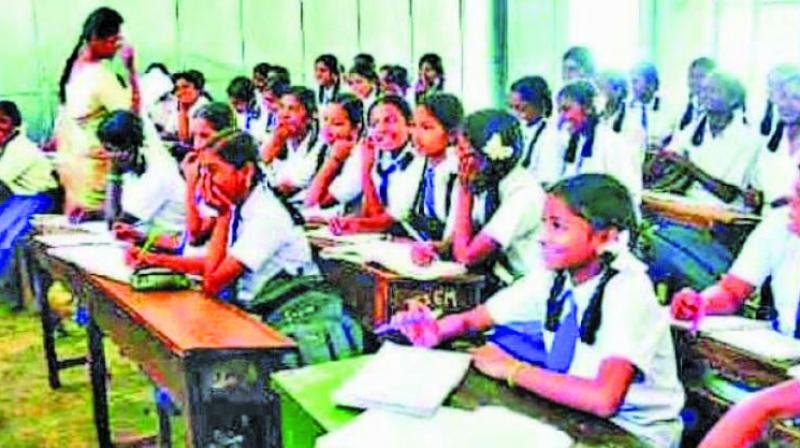 Sources close to the Maharashtra board, Mumbai division, said that several such complaints were being registered by parents regarding fewer marks being added.

MUMBAI: Several Secondary School Certificate (SSC) students who passed their exams, the results of which were announced last week, complained about not having being given complementary marks by the board in their aggregate total.

These complementary marks are given to students who appear for intermediate exams conducted by the Art Directorate of the Government of Maharashtra.

Every year, intermediate examinations are conducted for students of Classes eight and nine at the school level in the month of September. The idea is to develop students’ interest in art education. At the end of these exams, a certificate is issued to students with a grade according to their performance.

As per the state government Government Resolution (GR) issued at the beginning of the last academic year, for every “A” grade, the Maharashtra board is obliged to provide seven marks as complimentary during the SSC exams along with students’ aggregate total marks. For “B” and “C” grades, five and three marks, respectively, are given as complementary.

However, several parents have complained to the Maharashtra board and the state education department about their children not receiving the complementary marks as per the guidelines mentioned in the GR. “My son even after scoring an ‘A’ grade in his intermediate exam, has got only 3 marks instead of 7. This will affect his First Year Junior College (FYJC) admission,” said one of the parents.

“Not only me but two other students in my child’s batch have experienced a similar problem.” he said.

Sources close to the Maharashtra board, Mumbai division, said that several such complaints were being registered by parents regarding fewer marks being added.

While an official of the department said, “We have collected all the complaints and sent it to the head office of the Maharashtra board (located at Pune).”

What are grace marks?

Grace marks are meant to help students pass if they are 1 to 10 marks short of passing the board examinations. Students are basically given extra marks in order to pass the exams and help cover the remaining marks. Every board in India grants grace marks for students appearing in Classes 10 and 12.