Metros   Mumbai  16 May 2017  Wide gap appears in the cost of CR and WR escalators
Metros, Mumbai

Wide gap appears in the cost of CR and WR escalators

Activist Anil Galgali found that cost per escalator for CR ranged from Rs 50 to Rs 70 lakh. 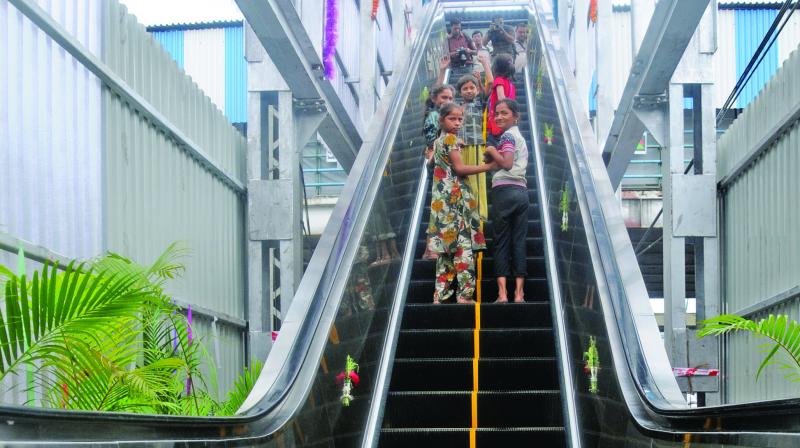 Mr Galgali said that he had asked for a probe into the finding. "Railway administration has started work on installation of escalators for commuters at railways stations to provide better facilities. However, cost of purchase and installation of these escalators differs for CR and WR,” he said.

For WR, a total of 34 escalators were installed at 13 stations. “One escalator on an average costs Rs 1.08 crore - if the contract is given to the same company, how come there is a difference in cost? I have demanded a probe into the same,”  Mr Galgali said.

CR chief public relations officer Narendra Patil said, “There is a RTI query about escalator cost at different stations by Mr Galgali. There is a notion that all escalators should be of the same cost. But cost of escalators differs as per their size.”

“There are factors that decide the size of the escalator such as height of foot-over-bridge, landing on platform or outside on the road, and width of platform, and some escalators have been bought in 2014 while some have been purchased in 2017.”