The woman died at Kohinoor Hospital on May 12, but her report was awaited for confirmation of the H1N1 infection, an official said. 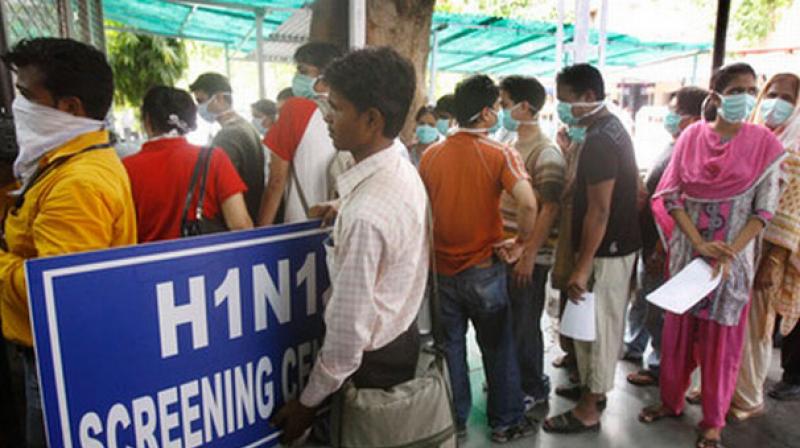 Mumbai: Swine flu claimed its second victim in the city this year on Tuesday with the death of a 72-year-old woman from Kurla at a hospital here, while as many as 196 people have succumbed to the infection across the state so far in 2017, an official said.

The woman died at Kohinoor Hospital on May 12, but her report was awaited for confirmation of the H1N1 infection, the official said.

"The woman was suffering from high blood pressure and ischemic heart disease (a condition that affects the supply of blood to the heart). As her condition worsened, she was taken to the hospital at 3 am (on May 12). However, doctors pronounced her dead within six hours of treatment," a health official of Brihanmumbai Municipal Corporation (BMC) said.

The first H1N1 death in the city this year was reported on April 28, when an 18-month-old boy from Malad had succumbed to the infection.

The civic health officials said that six cases of swine flu infection were reported this month in the city.

Dr Padmaja Keskar, executive health officer of BMC, said they have screened over 3,776 people of 750 families in the locality in Kurla, where the woman stayed.

"Six residents were diagnosed with fever in the same locality and they were immediately sent for treatment. It is a precautionary measure," Keskar said.

A senior state health officer said as many as 196 swine flu deaths have been reported in the state till May 14.

"Through wide surveillance, we have screened suspected population of 7,62,489 and treated 13,524 patients. Districts like Pune, Nashik, Solapur and Aurangabad remain our focus areas, because most of the deaths are being reported from there," the official said.

As many as 19 swine flu patients are currently on ventilator across the state, the officer added.

The health experts have maintained that fluctuations in temperatures and the wearing off of vaccines could be reasons for the spurt.

"The state health ministry has intensified screening and surveillance for all viral infections and are vaccinating the patients including those from high-risk groups, pregnant woman, diabetics and people with high blood pressure," Dr Pradeep Awate, head of Maharashtra epidemiology department said.