The high court had also said that MMRCL is providing transport to the people. 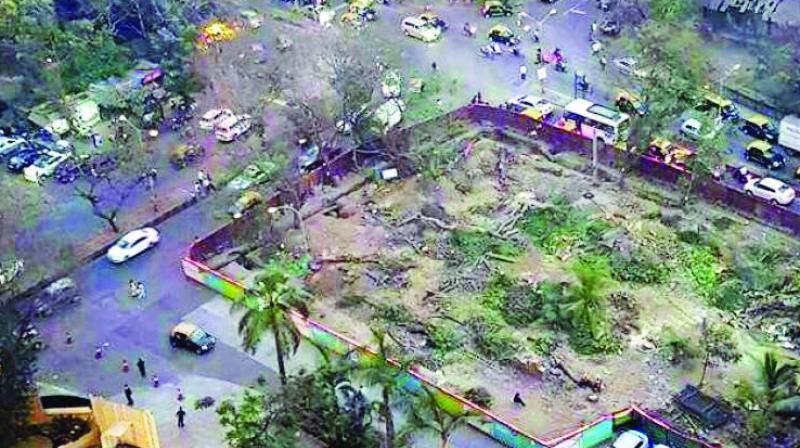 The Bombay high court had, on May 5, vacated the stay on cutting trees for the Metro-3 construction.

Mumbai: The Supreme Court on Monday stayed construction work of Mumbai Metro Rail Corporation Limited (MMRCL)’s Seepz-Colaba Metro-3 project until May 18. The stay came after the petitioner approached Supreme Court after the Bombay high court vacated the stay on tree cutting for construction of the Metro-III project on May 5.

Zoru Bathena, who is one of the petitioners, told The Asian Age, “The Bombay high court gave us 10 days to appeal in the apex court. The Supreme Court directed Mumbai Metro Rail Corporation (MMRCL) not to cut any single tree till next date and kept the matter for further hearing on Thursday.”

On May 5, the Bombay high court had vacated stay on cutting of trees for Seepz-Colaba Metro-3 project. The court had observed that Mumbai city also needs metro trains like in Bengaluru, Kolkata and Delhi. The court has asked MMRCL to file an undertaking that it will adhered to all the environmental rules while constructing metro-3 and will replant trees which will be cut during the work.

The high court had also set up a committee comprising of two working judges, which will look into the complaints regarding tree cutting for the metro project.

The high court bench had observed, “The metro project will help the city. If we take harsh stand which petitioners wants then it is impossible to carry out development work in the city”.

The high court had also said that MMRCL is providing transport to the people.

The court directed the state government to adhere the environmental protections norms and asked MMRCL to give undertaking to replant trees in the same vicinity.

The high court had also said that secretary of Maharashtra legal service and deputy registrar will overlook undertaking given by the MMRCL. The court had clarified that every month compliance report will have to be submitted to the
committee.