Fraudsters trick people into giving money for registration of houses. 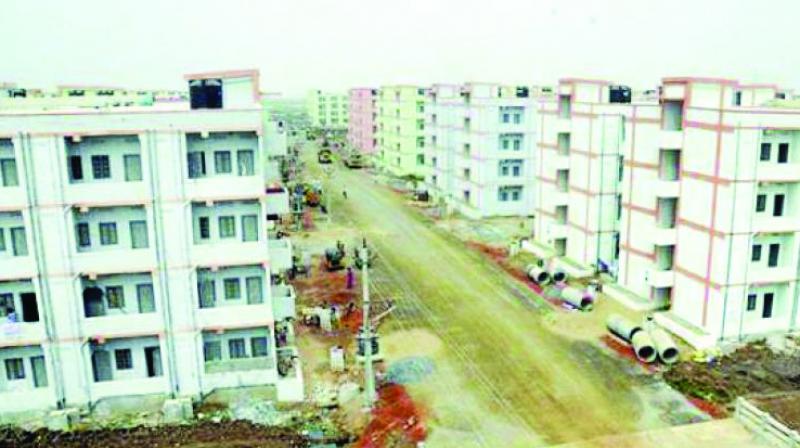 The ministry of union housing and urban poverty alleviation has appealed the general public to not pay any money to any private company or individual for registering in order to buy affordable homes under PMAY.

Mumbai: The Central government has issued an advisory to the general public after a spate of cases were reported of potential buyers being cheated by fraudsters who took money from them for affordable homes under the Pradhan Mantri Awas Yojana (PMAY) under the pretext of registration. The union housing and urban poverty alleviation ministry has appealed that the general public should not pay any money to any private company or individual for registering in order to buy affordable homes under PMAY.

In a advisory issued on May 14, 2017, the ministry said that urban local bodies in every state are nodal agency to register individuals who want to purchase homes under the PMAY. It clarified that registration is free.

The advisory reads: “It has to be noted that in order to take benefit under PMAY, no private player has been given any rights to collect money and carry out registration process. Everyone is requested that no one should give money or copy of their identification proofs to any private companies or private individuals for taking benefits under PMAY. Those who involved in such practices should you to your nearest police stations”.

In case of Maharashtra, the Maharashtra Housing and Area Development Authority (Mhada) is the nodal agency for approving and selling apartments under the PMAY.

A senior Mhada official said, “We had suspended our link on our website in December 2016 for downloading forms of PMAY in order to register as private individuals were downloading such forms and were selling it in exchange of money.”

“We would like to make it clear that registering for benefits under PMAY is not necessary. The process of registration was carried by us just for survey purpose to understand the housing need of individuals,” the Mhada official added.

From July 2016 to December 2016, Mhada had registered around 2.24 lakh of individuals. The Mhada recently started construction of homes under PMAY in four locations in the Thane and Kalyan district.

The housing authority has identified around 450 hectare land nearby Mumbai for construction of homes under PMAY of which around 385 hectares was allotted to Mhada at a nominal rate of Rs 1 per square metre. The state cabinet had also decided to grant 50 per cent concession on surveyor and development cost along with stamp duty that would be fixed at Rs 1,000 for houses meant for Economically Weaker Section (EWS).

The profit-sharing ratio between the Mhada and the local body of the city will be 70:30 for constructing homes for middle income group (MIG) and higher income group (HIG) under the PMAY.

What is PMAY?
PMAY is a central government scheme that is being promoted to meet the target of  ‘Housing For All by 2022’. PMAY was replaced the Rajiv Gandhi Awas Yojana (RGAY) after the BJP government came to power in 2014.

To be eligible for buying a house in the economical weaker section (EWS) category under the PMAY, an individual’s monthly family income should not be more than Rs 25,000. The EWS houses constructed under the PMAY will measure around 322 square feet. Out of the total cost of the house, buyers will get subsidy of around Rs 2.5 lakh where the Centre will contribute Rs 1.5 lakh and state will contribute Rs 1 lakh.